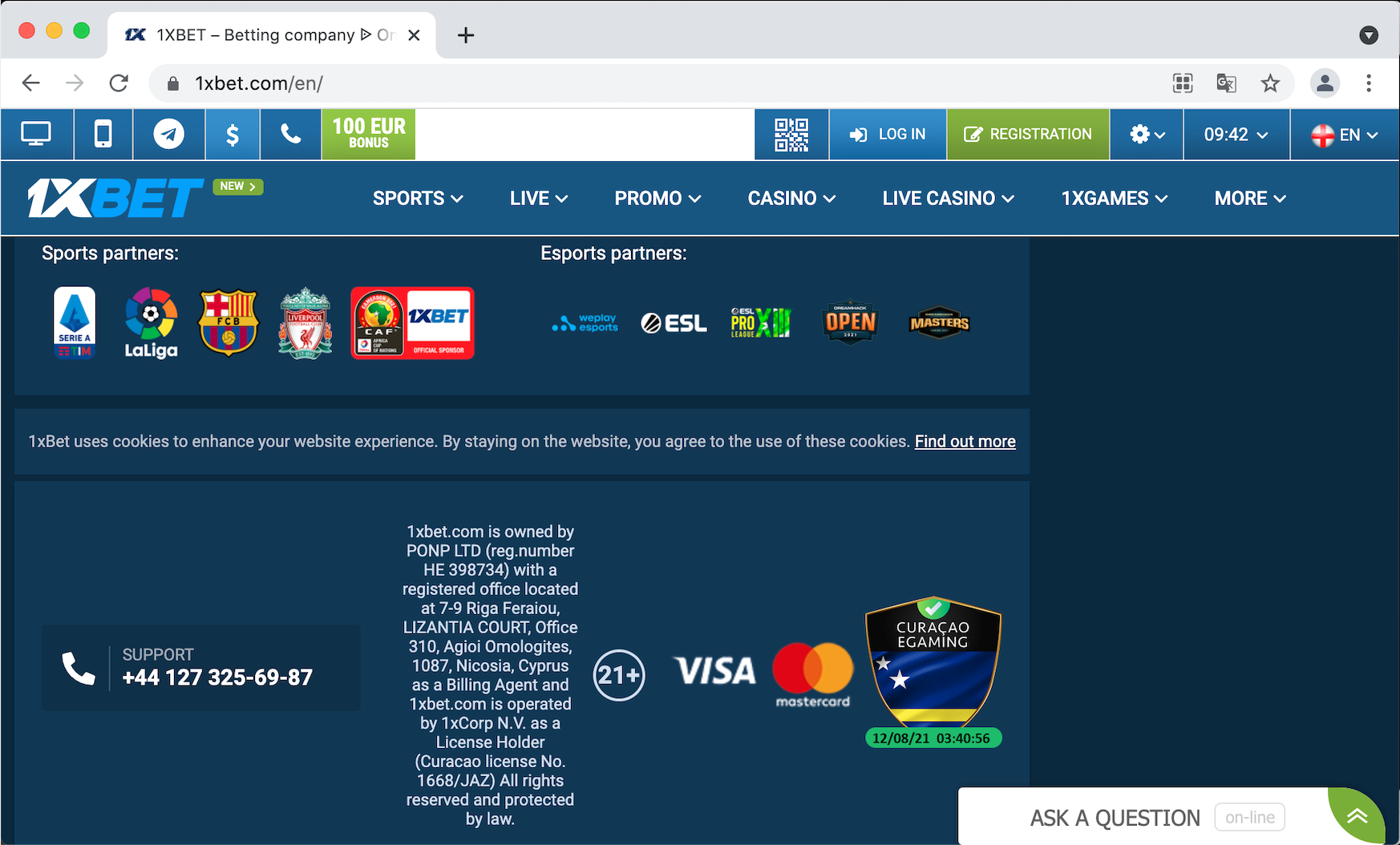 In Russia’s southwestern city of Bryansk, on Wednesday, October 20, a court handed down the first verdict in the case against the creators of the online gambling company 1xBet. The court sentenced a local woman to three years in prison and an 800,000-ruble ($11,200) fine for “unlawfully organizing gambling,” according to a press release from regional investigators. However, the accused was granted a respite, because she has a child under the age of 14.

Local reporters from Bryansk.news identified the defendant as Olesya Mospanova, the manager of Bookmaker Pub — a network of bookies in Bryansk. According to investigators, Mospanova allegedly accepted cash from clients and allowed them to place sports bets through the website 1xBet, whose activities are outlawed in Russia. Investigators estimate that the scheme pulled in 63 billion rubles (nearly $886 million) in illegal income — a sum that’s greater than the Bryansk region’s annual budget.

Mirror sites and a legal clone

1xBet is one of the most well-known online bookmakers in Russia. Advertised mainly through streaming websites for pirated movies, it’s among the three biggest video advertising clients for on the RuNet and is listed as an official partner of the Spanish soccer club Barcelona. The website’s past partners include other major soccer clubs, like England’s Liverpool and Chelsea.

1xBet is run by a company based in Gibraltar. The service has been banned in Russia ever since it failed to undergo mandatory licensing with the Federal Tax Service (FNS) in 2014. The 1xBet website is blocked in Russia, but it continues to operate through a string of mirror sites. In addition, according to Forbes Russia, it has a “legal clone” — the online sports betting platform 1xStavka, which has permission to operate in the country. The legal entity behind 1xStavka is none other than the firm Bookmaker Pub — Olesya Mospanova’s employer.

Wednesday’s verdict is the only one that’s been handed down in the criminal case against the creators of 1xBet. The Russian Investigative Committee’s Bryansk Regional Office opened the case back in 2019, according to the business daily Kommersant.

According to the investigation, three Bryansk residents developed gambling software on the online platform 1xBet without a license from the Federal Tax Service and, from 2014 to 2019, made more than 63 billion rubles (nearly $886 million by today’s exchange rate) off it — a sum that exceeds the annual budget of the entire Bryansk region. The accused’s assets, valued at 1.5 billion rubles ($21.1 million), were also arrested within the framework of the criminal case.

The investigation named Dmitry Kazorin, Roman Semiokhin, and Sergey Karshkov as the creators of 1xBet. Local media called Roman Semiokhin one of the most influential people in the region, referring to him as a “Bryansk billionaire.” Sergey Karshkov formerly led the cybercrimes division of the Interior Ministry’s Bryansk Regional Office.

The 1xBet founders either hold Cypriot citizenship or have applied for it, according to RBC. Bryansk investigators have put all three on an international wanted list, along with another suspect involved in the case — Sergey Krechetov, who, according to the investigation, helped launder the illegally obtained funds.

Living in Cyprus, investing in Bryansk

The investigation considers Roman Semiokhin to be the head of 1xBet. The gambling company’s two other founders, Dmitry Kazorin and Sergey Karshkov, were his housemates in Bryansk, according to Forbes Russia. Semiokhin gave his first ever interview to the business magazine in 2020. Now living in Cyprus, the businessman said that he used to own a “computer club” and decided to get into the gambling business when he noticed that through sports betting, some of his customers were raking in winnings that exceeded his cybercafé’s daily revenue.

In 2007, Semiokhin opened his first betting office (punkt priema stavok in Russia, or PPS) under the Fonbet franchise — the largest sports betting operator in Russia at that time. In 2012, he decided to leave the franchise and venture out on his own. Initially, he had the help of entrepreneur Alexander Mironov, who owned the licensed legal entity Bookmaker Pub and several dozen betting offices under the brand name 1xBet. Semiokhin bought the entity from Mironov in 2014. He continued to develop the 1xBet brand and launched the website 1xStavka. By that time, he already owned around a thousand betting offices.

Semiokhin described himself as a “pretty modest guy, who needs little.” He also claimed that he reinvests the majority of his earnings. He estimated the value of his investments in Russian projects outside of the gambling industry at more than 10 billion rubles (nearly $141 million by today’s exchange rate). Semiokhin invested the bulk of this money in property development (Bryansk.news reported that Semiokhin bought up most of the commercial real estate in the city of Bryansk). But the entrepreneur said his favorite investment project was a rabbit farm in the Bryansk region. According to Forbes, his business partner in this venture was the wife of former Bryansk mayor and Bryansk Regional Duma deputy Nikolai Patov.

The farm ceased operations after the launch of the criminal case, Semiokhin lamented. According to the businessman, the official damage estimate — 63 billion rubles — was concocted “out of thin air.” As noted by Forces, in addition to the criminal case, a group of lawyers began actively searching for injured 1xBet clients. Meanwhile, Semiokhin’s former business partner Alexander Mironov decided to dispute their deal on the sale of Bookmaker Pub and tried to get Semiokhin’s Russian assets frozen. The businessman called these developments the intrigues of competitors and “links in one big game.”

COLE BAY -- A man was found dead in an appartment on Zozo Moran Drive, behind Kentucky Fried Chicken, in Cole Bay this morning. According to police spokesperson...