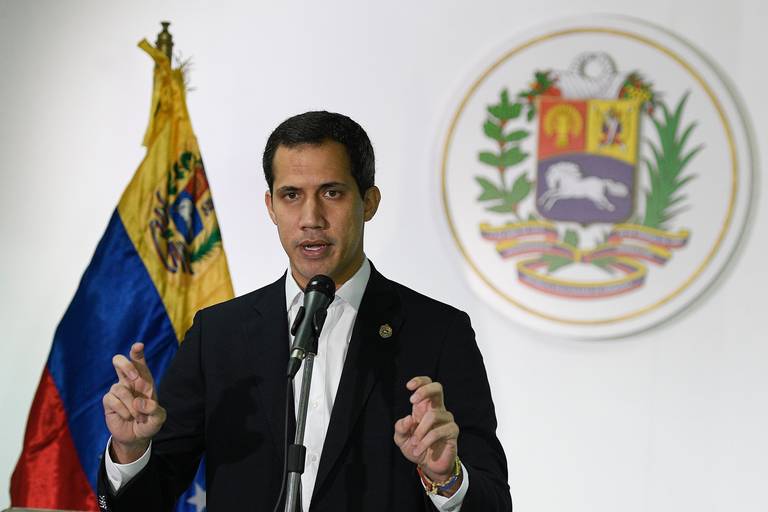 Fighting back against a growing political scandal in its own ranks, one of Venezuela’s most powerful opposition parties said there’s a concerted plan afoot to sideline Juan Guaidó, the man who Washington and more than 50 other nations consider the country’s legitimate president.

During a press conference Monday, the national director of Guaidó’s Voluntad Popular party, Yon Goicoechea, said he had proof that Venezuelan leader Nicolás Maduro and the ruling United Socialist Party of Venezuela (PSUV) were bribing opposition lawmakers to try to block Guaidó from continuing as president of the National Assembly.

According to Goicoechea, some opposition lawmakers had been offered up to $1 million to vote for someone other than Guaidó during National Assembly elections on Jan. 5. It’s Guaidó’s role as the head of congress that gives him the constitutional legitimacy to claim that he — not Maduro — is the country’s president. If he lost that perch, it would jeopardize international support for the opposition, Goicoechea said.

Removing Guaidó “would only play into the hands of the [Maduro] dictatorship,” Goicoechea said, “because it would be very complicated for the 60 nations who recognize the legitimate government [of Guaidó] to recognize another politician. Guaidó has done more damage to the dictatorship during the last few months than any other politician in the previous years.”

Goicoechea said he would provide proof about his bribery claims in coming days.

By most accounts, Guaidó’s role as head of congress is secure.

Venezuela’s four largest political parties have no plans to turn their back on him if there is a vote in January, said an influential member of the Primero Justicia (PJ) party, under condition of anonymity.

“It is true that there is maneuvering under the table in an ill-conceived effort to replace Guaidó, but that is not something that is in the plans of the parties,” he said. “There is an accord to reelect Guaidó in January and that is still in place.”

For the largest political parties, it makes no sense to replace Guaidó, given the large international coalition of countries that see him as the legitimate president of Venezuela, he said.

“We cannot rule out the possibility of opposition selling out or being bribed into aiding the regime’s plans of regaining control of the Assembly, but that would be the end, proof that the country is spoiled rotten,” he said.

The fresh allegations come as Venezuela’s opposition has been rattled by accusations of influence peddling and corruption.

Over the weekend, the online publication Armando.info reported that several opposition lawmakers had been lobbying Colombian and U.S. authorities on behalf of businessmen involved with Venezuela’s controversial subsidized food program, known as CLAP. In particular, the article said opposition lawmakers were trying to get international law-enforcement to drop investigations into Carlos Lizcano, a business associate of Alex Saab and Álvaro Pulido.

On Sunday, Guaidó announced that all the congressmen named in the article would be suspended while the National Assembly conducts its own investigation, and he said those found guilty would be punished.

Guaidó said the disciplinary measures were “a radical departure from what the dictatorship does” covering up and ignoring corruption allegations.

“Corruption that has bled our nation cannot be tolerated and we will not allow individuals to stain the years of sacrifices made by so many of us in this fight [against corruption],” Guaidó wrote on Twitter.

Guaidó rose to prominence early this year, when he became head of the National Assembly and said he was constitutionally bound to assume the presidency because Maduro had committed fraud to stay in power. While he has garnered broad international support, he’s largely been unable to exercise true power in Venezuela, where Maduro still has the loyalty of the military high command.

The prospect of corruption within the opposition ranks was celebrated by Maduro’s supporters including Diosdado Cabello, one of the country’s most powerful men and someone who is often accused of being corrupt himself.

“I like it when the wind blows because it pushes out the plague,” Cabello wrote about the brewing scandal. “There’s not a single good person in that opposition fight over corruption. Accusations will come and go between them, they’re a society of political mercenaries. This is getting good and we will be victorious!!”