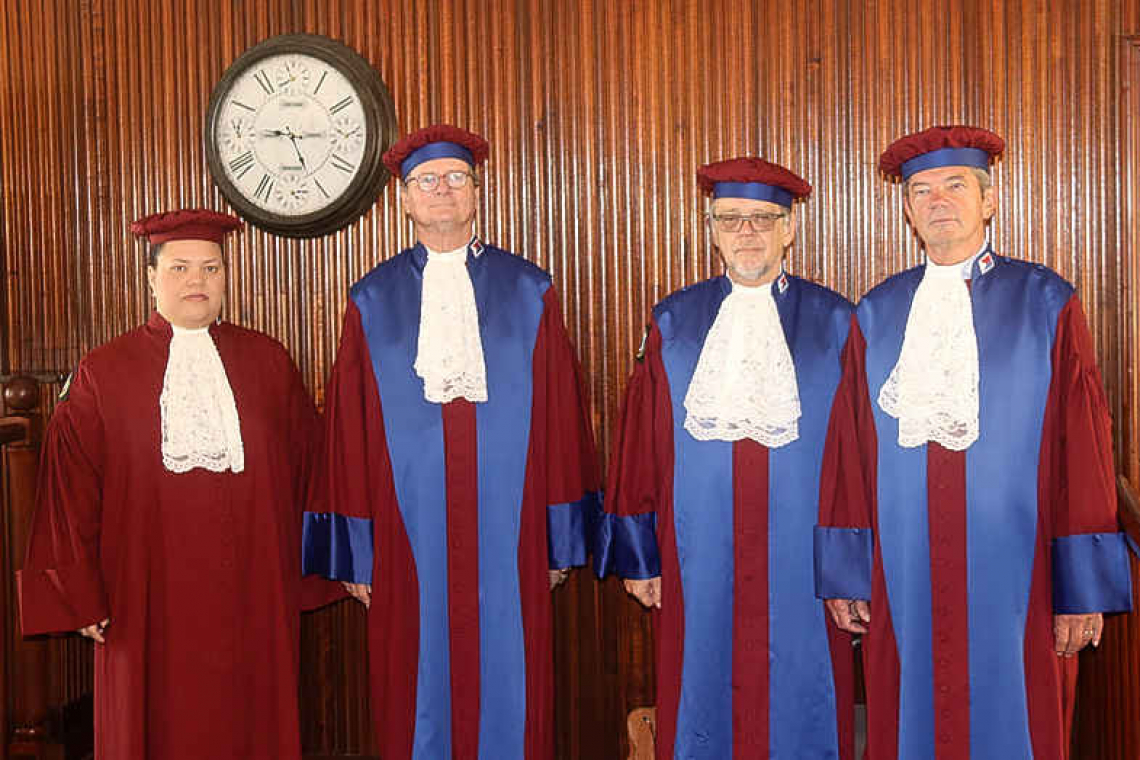 PHILIPSBURG–The Constitutional Court on Monday turned down the requests filed by the Ombudsman of St. Maarten on April 26 to quash three national ordinances in connection with cuts to the employment benefits of civil servants, (semi) public sector workers and political authorities.

The three contested national ordinances were issued by the government of St. Maarten on July 1, 2020, to meet the conditions set by the Dutch government to receive liquidity support.

In its 30-page judgment, a summary of which was read by chief justice Jacob “Bob” Wit via video-conferencing, the Constitutional Court said that it is “fully aware” that the measures laid down in the national ordinances are far-reaching and have “unexpected and serious consequences” for many.

“Their living conditions will have deteriorated overnight in a way that would normally not be acceptable. No government would like to take such measures, but the Government and the Parliament of St. Maarten were in a major dilemma. To keep the country going, a lot of money was needed that simply was not there. That money could only be borrowed from the Netherlands under certain conditions – now detailed in the contested regulations,” the Constitutional Court said.

Under these circumstances and given this dilemma, it was understandable that the Ombudsman referred this case to the court for review. “After all, in crisis situations such as the present, Parliament and the Government have to act within the limits of their powers as laid down in the Constitution.” In the opinion of the Constitutional Court, they have done so and have not acted unconstitutionally.

The Ombudsman’s arguments that the reductions in salaries and other labour conditions as laid down in the Constitution constitute an unauthorised infringement of the right to property and the principle of equality were rejected.

The interference in the property of a large number of citizens is without doubt drastic, but not disproportionate given the serious crisis situation, the court stated. “After all, this does not affect the minimum wage, is temporary, and, as far as can be seen at present, does not lead to an excessive individual burden and serves a major and crucial importance: the continuation of the much-needed liquidity support.”

The invocation of the prohibition of discrimination was also rejected, because the various categories of workers who are treated differently also differ from each other in a relevant sense, so that there is no unequal treatment.

The appeal to the government’s concern for the livelihood of the population was also rejected, as it could not be concluded on the basis of available data that the affected employees are falling below the poverty line as a result of the austerity measures.

As time goes on, it will become increasingly clear what the actual effects of these ordinances are on the life of the ordinary citizen of St. Maarten, the Constitutional Court said.

“This will undoubtedly influence the decision on how temporary these temporary national ordinances should ultimately be. It must be assumed that both the St. Maarten and the Dutch Government will not lose sight of the human dimension.”
Bron: Daily Herald

COLE BAY -- A man was found dead in an appartment on Zozo...
Internationaal

COLE BAY -- A man was found dead in an appartment on Zozo Moran Drive, behind Kentucky Fried Chicken, in Cole Bay this morning. According to police spokesperson...