DH | Not one but three partygoers with shot wounds in hospital 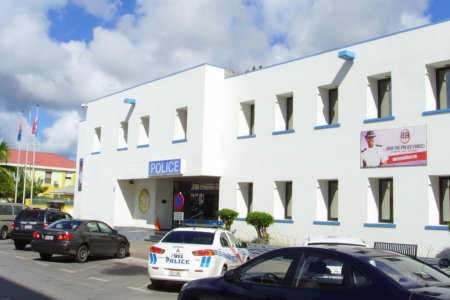 PHILIPSBURG—Following the news that a woman was shot during a party at the XO Night Club above the Pollos Hermanos restaurant in Simpson Bay on Saturday, St. Maarten Police Force KPSM stated that two other persons with gunshot wounds from the same club shooting were admitted to hospital.

The woman sustained gun shot wounds in her arm and side and was rushed to the St. Maarten Medical Center where she remains in critical condition. The other two persons were admitted to the Louis Constant Fleming Hospital.

Several reports from partygoers indicate that the woman was shot by an ex-partner after the two were seen and heard arguing. KPSM stated in a press release that “police had searched the area around the club for the suspects last night, but this did not yield any trace of the shooter(s)”, suggesting that there may have been more than one shooter at the club.

In the press release KPSM stated that the shooting took place at Club XO on Airport Road. Other reports indicate that there were bullet shells found inside the night club.

KPSM stated: “At approximately 11:30 pm, Police Central Dispatch received multiple reports about a shooting at a night club in Simpson Bay. Several patrols and paramedics were dispatched to the scene where they found a woman suffering from gunshot wounds to her arm and upper body. She was treated at the scene and then rushed to Sint Maarten Medical Center. She remains in critical condition.”

Detectives later learned from contact with French side law enforcement that two other people with gunshot wounds from the same club shooting were admitted to the Louis Constant Fleming Hospital.

The reason for the shooting is not yet very clear. The cause of the near deadly shooting is being investigated by police. The hunt for the suspect(s) is still ongoing.”

Detectives urge anyone with information about this shooting to contact KPSM via +1 721- 542 2222 ext. 204 / 205, the anonymous tip line 9300, visit www.policesx.sx or leave a direct private message via Facebook page: St. Maarten Police Force – St. Maarten Police Force. Only with the help of the community can KPSM solve these cases such as this one.