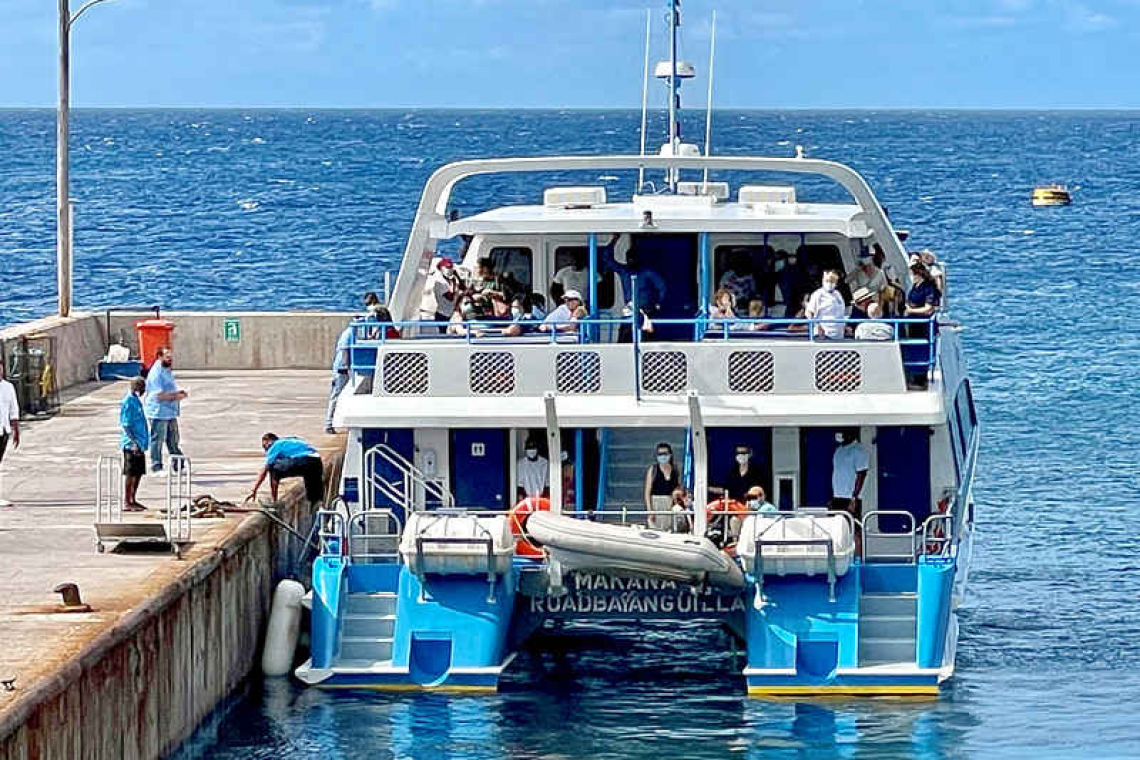 THE HAGUE–The late start of the new ferry service between St. Eustatius, Saba and St. Maarten was not caused by the involved ministries in The Hague or lack of cooperation of the Customs Department and the Royal Netherlands Marechaussee.

Dutch State Secretary of Home Affairs and Kingdom Relations Raymond Knops stated this in his reply on Wednesday to two individual sets of written questions submitted by Member of the Second Chamber of the Dutch Parliament Jorien Wuite of the Democratic Party D66 and Aukje de Vries of the liberal democratic VVD party.

At first, the start of the new ferry service was planned for November 1. However, due to an extension of the public tendering term at the request of participating parties, the start date was moved to November 14. Another factor contributing to the delay was the fact that the public entities Saba and St. Eustatius needed more time to arrange a few lacking safety certificates, Knops explained.

The Ministry of Defence and the Ministry of Finance, under which the Marechaussee and Customs resort, respectively, were also informed in October about the proposed ferry schedule with regard to their tasks for border control.

The new ferry service with the Makana, carried out by Anguilla operator Blues and Blues, started on December 1. The Dutch government had approved on October 24, 2020, the proposal of the public entities Saba and St. Eustatius for a two-year ferry service pilot project. The Ministry of Infrastructure and Water Management IenW made two million euros (US $2.26 million) available for the pilot project.

Knops confirmed that the IenW, Home Affairs and Kingdom Relations BZK, Economic Affairs and Climate Ministries have been in touch with each other from early 2021 about the new ferry service and that these ministries were also in contact with the public entities Saba and St. Eustatius.

The Ministry of BZK late October 2021 received the first signals about the anticipated delay of the planned start of the new ferry service on November 14. The BZK Ministry got in touch with the IenW Ministry to solve the matter and the National Government Service RCN was contacted about the local implementation of the start of the ferry service.

Acting National Government Representative Jan Helmond met with the head of the Marechaussee and the director of Customs to analyse the problem and to find a joint solution.

The Admittance and Expulsion Regulation for the Caribbean Netherlands states that the border control facilities at the harbours in Saba and St. Eustatius are open from 7:00am to 7:00pm. According to Knops, longer opening times require additional personnel, adapted planning and amending the law.

Knops admitted that it was of “essential importance” that the islands had good connectivity and that inter-island travel schedules had to work in the interest of residents and tourism alike. “That is currently not the case. Ticket prices for sea and air transport are high and the frequency of connections is limited.”

The air and sea connections need to be secured to improve the connectivity of Saba and St. Eustatius, Knops stated. “Transport via air and sea complement each other, but it cannot be simply said that sea transport is an alternative to air transport. The travel time via ferry is substantially longer than by aircraft.”

Knops remarked that a longer travel time has consequences for life in Saba and St. Eustatius when residents need to travel to St. Maarten for educational or medical reasons. Also, travel by ferry is not always possible due to bad weather.

“I share the concerns of the Second Chamber about the high ticket prices for air travel,” he stated in response to questions by Wuite and De Vries.

DH | Warm welcome for royals, get taste of culture, talent

PHILIPSBURG--Smiles, laughter, waving of flags and balloons, and blowing of kisses along with...
Ingezonden