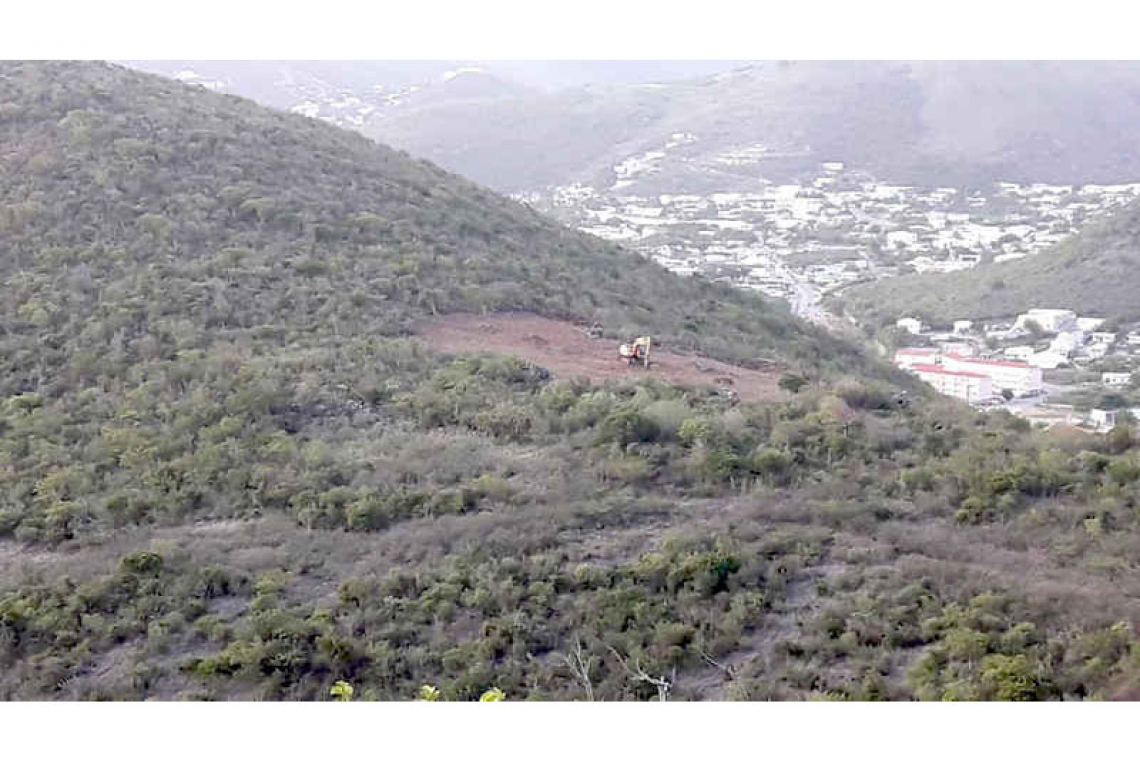 VINEYARD HEIGHTS–The Minister of Public Housing, Spatial Planning, Environment and Infrastructure VROMI should observe the general principles of good governance when making a decision to whom and under what conditions scarce government land is to be leased out, the judge in the Court of First Instance said Friday in ordering a stand-still in the issuing of long lease rights in Vineyard Heights, also known as “Over the Bank”.

The judge ruled in summary proceedings initiated by several persons against the Government of St. Maarten. They claim they were granted plots of land in long lease in Vineyard Heights in Upper Prince’s Quarter by the then Minister of VROMI Angel Meyers, in August 2016.

In the injunction, the judge ordered an “Over the Bank stand-still” and instructed government not to issue, lease or encumber on a long lease any contested lots in Vineyard Heights, or face penalties of US $500,000, as there are many candidates for a long lease on parcels in Over the Bank.

In total, 28 persons were approved for the issuance of long-lease rights to plots in Over the Bank. However, in July 2017, Meyers’ successor as VROMI Minister, Christophe Emmanuel, informed that no official decree was issued pertaining to long-lease, which he said, meant that the draft decrees issued by his predecessor could not be handed out.

Citizens of St. Maarten must be offered equal opportunities to obtain a leasehold and that should not depend on the “fortuitous circumstance” of who at any time holds the office of VROMI minister, the judge stated in the verdict.

“The duty of the minister of VROMI to act transparently when making his decisions is essential,” said the judge. In order to realise equal opportunities for citizens, government must ensure an appropriate degree of publicity with regard to the availability of leasehold rights, the selection procedure, the timetable and also the selection criteria to be applied.

The court stated that it was aware that successive ministers of VROMI have issued or have wanted to give out domain lands without any underlying published policy.

The judge said he could not “avoid the impression” that successive ministers of VROMI exercised their discretionary power to lease out domain land “as much as possible”.

Official notes that are drawn up to promote the public interest are set aside without motivation, according to the magistrate.

“The reason for this can be guessed at, but it will in particular be related to ministerial violations of public order and morality.”

These infringements, referred to by the Joint Court of Justice as “farewell and welcome “policies”, must be remedied to prevent government from being bound by these costly legal acts, it was stated.
Bron: Daily Herald