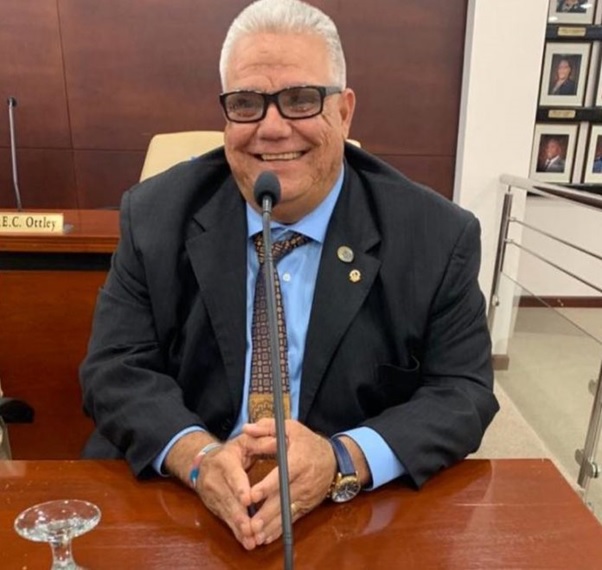 PHILIPSBURG–There are no restrictions on non-residents owning or purchasing property, said Member of Parliament (MP) Claudius Buncamper (US Party). “This group enjoys the benefits that the country provides.” He would like the government to explore the possibility of imposing a real estate tax on non-residents.

The International Monetary Fund (IMF) advises the government of St. Maarten to impose land or property tax, an advice confirmed by the Committee for Financial Supervision CFT. “While the CFT stated clearly that the recommendation of the IMF is understandable, because of its consistency on the books, I strongly believe we need to put that in perspective and explain what is expected from such a tax,” Buncamper said.

He is questioning to whom the suggested property tax will apply. This query comes on the heels of the presentation in Parliament by CFT which stated that property tax should be implemented in St. Maarten. Buncamper: “I was somewhat surprised at the hard stances several MPs have already taken regarding the land tax or property tax issue.”

It is necessary to understand, Buncamper emphasised, whether it is the intention for the proposed property tax burden to be carried by the residents of St. Maarten. “I hope this time around this tax burden will indeed be spread and the property or real estate tax will be used to tax those who are not contributing to the government’s treasury.”

According to Buncamper, the current situation is such that there are no restrictions for non-residents to own or purchase property. “The consequences of this includes the high cost of property, which disadvantages the residents or locals,” Buncamper said, “but that is a discussion for another time.”

Buncamper would like the Government to explore the possibility of imposing a real estate tax on non-residents so that they too contribute to the treasury. “While this may seem discriminatory, it is positive for the country and the residents and finally allows the country to tap into a revenue source currently not being enjoyed,” he said.

Buncamper noted that such differentiation is applied in other countries. “So, there should be no issue,” he said. “We don’t collect revenue from Airbnb, and this for me is rather unclear, but we can create our own revenue source for this sector, as the properties cannot be hidden in an offshore account.”

He suggested that this might be the solution to still collect a tax from foreign-owned properties being rented and generating rental income in St. Maarten.

“Thus far, none of that income remains on the island, or at least does not reach the government’s coffers and as such does not help to pay the bills of the country,” Buncamper said. “In other countries, all timeshare owners pay property tax, so the concept is familiar and should not be a deterrent for wealthy foreign investors who want to own a little piece of paradise.”

He stated in the July 7 meeting with the CFT that he could not support land or property tax in its present form.

“The result is that locals are unable to afford land in St. Maarten and are unable to qualify for a mortgage to buy property and as such have a very difficult time building wealth, owning an asset for which the value can increase, or which can be used as collateral to invest in other assets. This is what contributes to the growing disparity in wealth.”

Buncamper said that he, as a landowner, will not personally benefit from an introduction of land and property tax for non-residents. “It can drive the land prices down,” he argued. “My decision is based on the job I’m presently fulfilling: being a parliamentarian and placing country above self.

“While many of us might dislike the authors of the tax proposals, please remember that the money generated is for the country and not the authors of the law. I truly hope to see a land tax proposal in the tax reform proposal the Minister of Finance is coming with to parliament prior to the budget 2022 debate so we can ensure we are all looking and moving in the right direction. Monies raised from such a taxation can easily remove the pensioners’ payment of taxes and social premiums starting January 2022.”