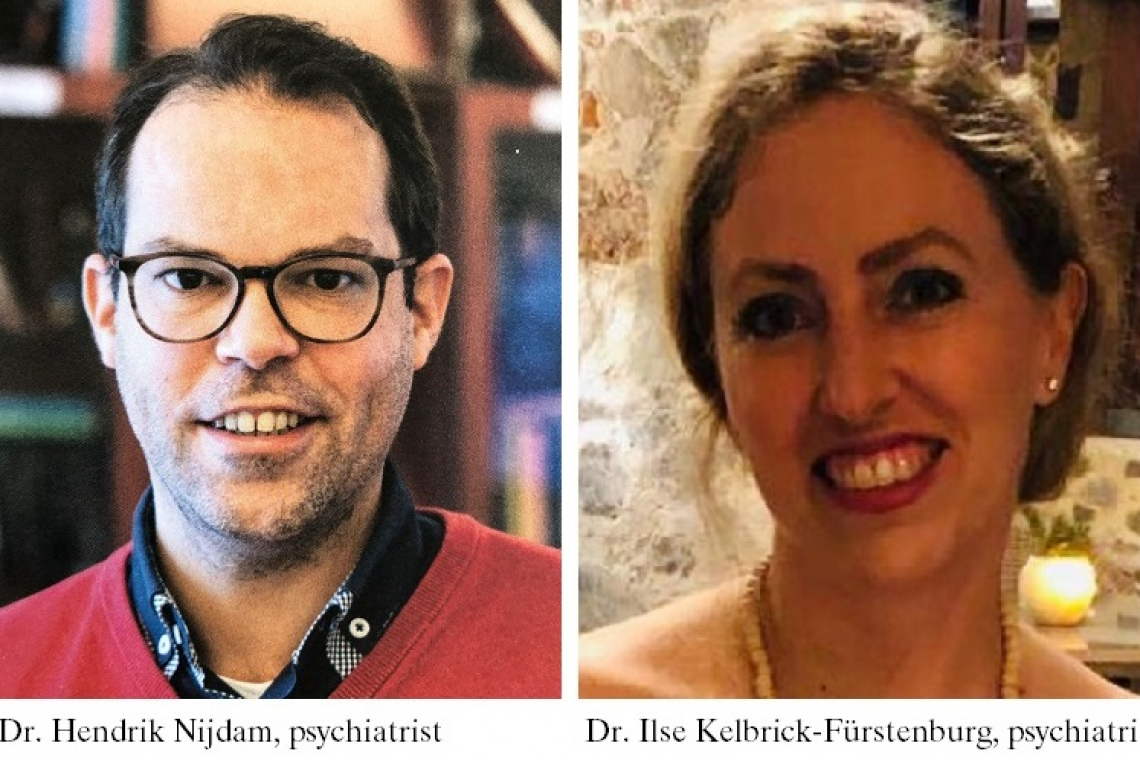 In each of the two cases, the judge’s ruling overturns the Ministerial Order of April 29, 2021, by which Minister Ottley retracted the ministerial decrees of Dr. Kelbrick dated August 13, 2019, and of Dr. Nijdam, dated March 16, 2020. The psychiatrists had received these decrees to be able to work at Mental Health Foundation (MHF) in Cay Hill. This private institution has had a monopoly on psychiatric care on the island for 15 years according to the mandate of the Government of St. Maarten.

When the former interim director of MHF no longer wished to use Dr Kelbrick’s services and Dr. Nijdam resigned a short time later as an employee of MHF, both doctors no longer met the “condition of exclusive rendering of psychiatry services through the Mental Health Foundation” demanded by the Minister.

Dr. Kelbrick filed a request at the VSA Ministry on November 18, 2020, to remove the condition of exclusivity and allow her to establish a healthcare institution. She submitted an application for a business licence for PsyCare BV at the Ministry of Tourism, Economic Affairs, Transport and Telecommunication (TEATT), and received it on March 1, 2021, provided that she met the conditions set by laws and regulations in the healthcare sector.

Ottley then refused to end MHF’s monopoly. Although both doctors’ qualifications were not disputed, as per Ministerial Order of April 29, 2021, they were not allowed to work in St. Maarten.

The Court ruled otherwise on Monday, one year later.

Whereas Ottley argued that “the activities of the proposed new mental health facility would threaten the sustainability and availability of affordable mental health care services,” claiming that MHF “offers the complete package of services,” the judge concluded that there is currently “an acute shortage of psychiatric services” in St. Maarten and that the Minister should proceed to “grant exemption to the doctors, under the conditions requested that they can offer their services via PsyCare.”

The judge recalled that the moratorium on permits for a healthcare institution ended by ministerial order of October 23, 2020.

“In short, this MB [ministerial order – Ed.] considers that the lifting of the moratorium is motivated by the new developments as a result of the COVID-19 pandemic and the expansion of the hospital, which necessitate an expansion of health care. Furthermore, the MB considers that the moratorium prevented the progress and further development of the healthcare sector from experiencing an already overburdened healthcare system.”

On behalf of the minister, lawyer Shaira Bommel (Bommel and Associates) argued that the MB is only aimed at a new healthcare institution such as an occupational health and safety service. The court contested this with the observation: “The MB mentions an overloaded healthcare system in general.”

However, the Council for Public Health advised Ottley that it is “not desirable to have multiple psychiatric health institutions on St. Maarten.” The Council stated that this creates “a fragmentation in psychiatric care.”

“It is not desirable that everywhere in St. Maarten GPs [generals practitioners] or independent clinics or tourist-oriented institutions will set up and thereby create a demand for care,” the defence read.

Ottley referred to the views of the Cay Hill-based MHF and St. Maarten Medical Center (SMMC) – medical director Felix Holiday of SMMC is chairman of the MHF board – which stated that the establishment of PsyCare in Cay Hill would lead to “an increase in healthcare costs, also in view of the overlap of the health care services offered with that of already existing healthcare institutions. PsyCare would be a “disproportional burden” for MHF, with the risk of financial problems at MHF due to “unfair competition.”

According to Ottley’s advisers, MHF has the island quota of four psychiatrists. This is factually incorrect; MHF currently employs two psychiatrists: Dr Kitty Pelswijk and Dr. Ricardo Teixeira. The contract with psychiatrist Dr. Eric Hoencamp has expired and a replacement for him is being sought, as evidenced by the vacancy posted by MHF for a psychiatrist/medical director.

The medical management of MHF, consisting of Dr. Pelswijk and former medical director Dr. Hoencamp, is involved in an investigation by the National Detectives following the death of Lance Thomas in the police cell in Philipsburg on July 21, 2021. Thomas was not in jail as a suspect of a criminal offence, but by order of MHF. He was found dead on the fourth day of his solitary confinement.

In the same week, another MHF patient, a young man 29 years old, died. According to his mother, he did not wake up after taking medication and sleeping pills.

At the time of the patients’ deaths, neither Dr. Kelbrick nor Dr. Nijdam was working as a psychiatrist. In the previous year, 2020, two female patients died under suspicious circumstances, one of them in MHF’s isolation cell in Cay Hill after three weeks of solitary confinement. These patients were not under treatment by Dr. Kelbrick or Dr. Nijdam, but their deaths, and the quality of care in general, caused the doctors great concern.

During the court hearing, the doctors’ lawyers pointed to newspaper articles about tragic developments in psychiatry on the island, questions from Members of Parliament and other documents. Lawyer Bommel responded on behalf of Ottley that these documents and recordings should be considered “irrelevant”. The judge disagreed. “After all, this information confirms the picture of a rising need for psychiatric care,” according to the Court.

At the hearing in court, it appeared that the capacity of psychiatrists at MHF and SMMC mentioned by Ottley has not been fully filled.

“The psychiatrists mentioned in the production accompanying the defence and the psychiatrists mentioned in the advice of the Council for Public Health are, with the exception of Dr. Jurgensen [at SMMC], no longer working in St. Maarten,” the judge found. “It is important that Dr. Jurgensen has indicated that she wants to stop her practice given her age.”

Lawyer Charles Rutte presented on behalf of psychiatrists Kelbrick and Nijdam the Manpower Planning St. Maarten 2018-2020 and the concept Manpower Planning 2021-2023. These list a need for either 8 full-time equivalent (FTE) psychiatrists, or more if they work part-time. “The fact that this estimate is still in draft does not alter the fact that it shows a sharply increasing need for practising psychiatrists, which is in line with the provisions of the aforementioned ministerial order,” the Court concluded.

The Court instructed Ottley to grant a licence for PsyCare and allow the psychiatrists to offer their services and the use of medical equipment.

In both legal procedures, Government St. Maarten was ordered to pay the costs of the proceedings, a total of NAf. 3,100.