ST. EUSTATIUS–In the early morning hours of Sunday, January 30, people in St. Eustatius woke up to no electricity as the island experienced a complete blackout, due to a boulder rolling down the cliff towards the St. Eustatius Utility Company STUCO, which ruptured a main fuel supply line.

A retaining wall built to the back of the power plant building could not stop the large boulder. The three larger engines went down as a result of fuel line damage. 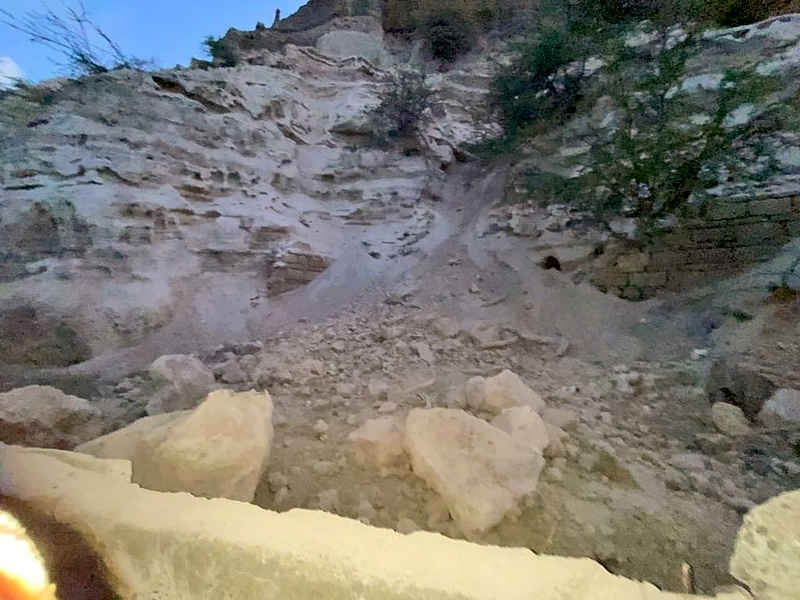 Head of Production at the water and power plant Irvin Jack and Nicodemus Marsdin improvised and remedied the fuelling problem, after which the company slowly restored power to different areas around Statia.

Chief Executive Officer of STUCO Fred Cuvalay said the solar park played a major role in the company being able to provide electricity to Statia during this blackout.

When the sun came up the solar park was slowly adding more load to the grid. When the solar park came online the emergency back-up power supply at the GTI oil terminal in Concordia was no longer needed.

After 10:15am, 75 per cent of power had been restored. The final 25 per cent came back when the big engine was running again.

Erosion at the cliff caused many landslides and falling boulders over the years. The cliff protection project mainly dealt with the area around and below Fort Oranje and not the remaining cliff side. STUCO’S power and water plants rest below this same cliff side in Gallows Bay.

THE HAGUE--The parliaments of Aruba, Curaçao and St. Maarten met in The Hague...
Antilliaans Dagblad