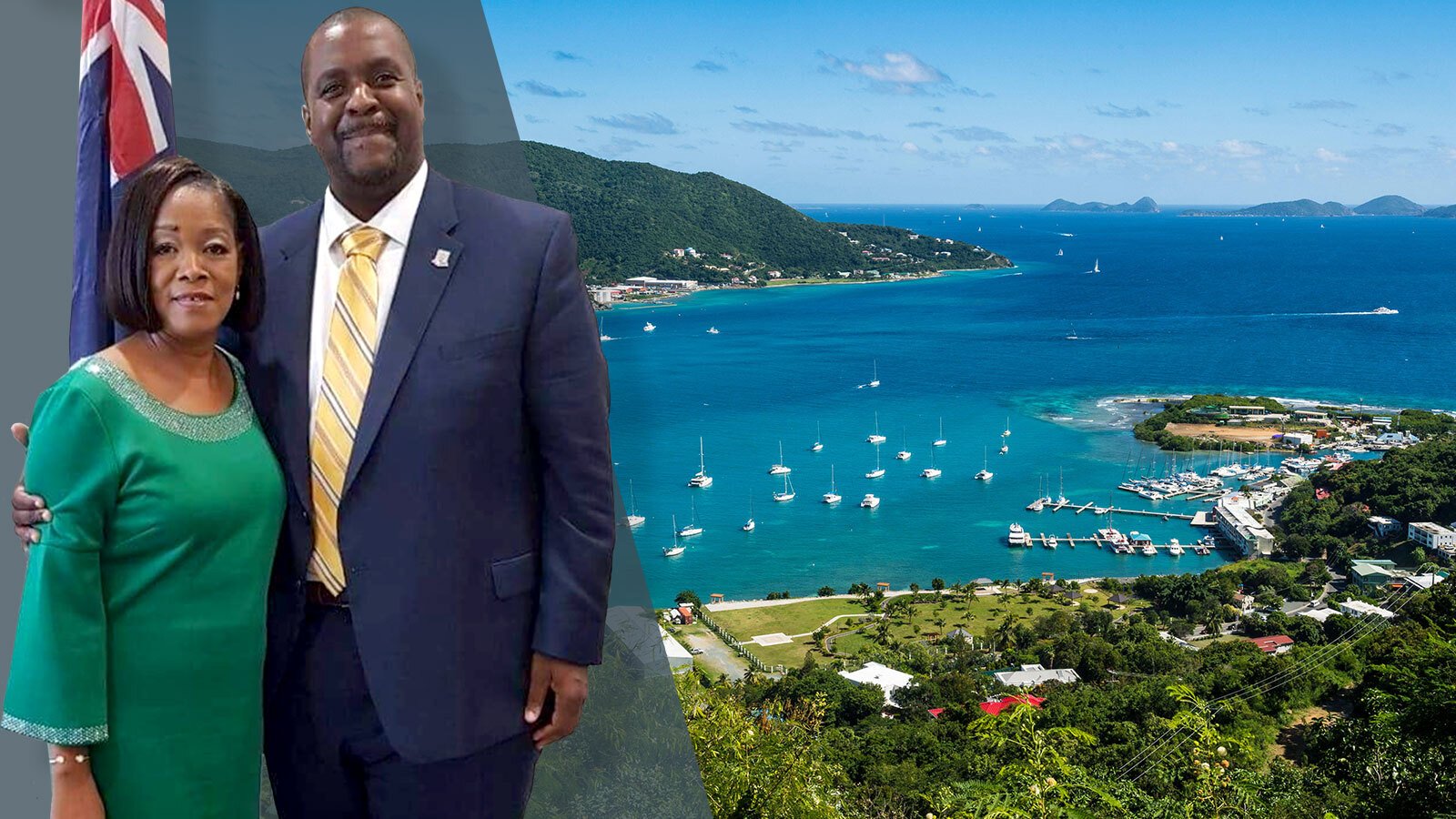 The British Virgin Islands’ (BVI) constitution should be suspended and its government dissolved, a review says, amid concerns about corruption. The overseas territory would effectively be returned to direct rule from London under the recommendations.

Foreign Secretary Liz Truss said the arrest of BVI’s premier in the US showed the need for “urgent action”.

The acting premier said governance problems could be addressed without suspending the constitution.

The report, led by British judge Sir Gary Hickinbottom, described the state of governance in the BVI as “appallingly bad”.

The inquiry was commissioned in 2021 amid claims about corruption and misuse of taxpayers’ money but is not directly connected to the arrest of the BVI Premier Andrew Fahie.

Elected public officials shunned the basic principles of good governance, it says, giving rise to an environment in which dishonesty can flourish.

In his conclusions he called for a two-year suspension of the constitution, cessation of the elected ministerial government and the direct rule of the UK appointed governor.

Ms Truss said she had instructed the minister for overseas territories, Amanda Milling, to travel to the territory immediately to speak to the governor and key stakeholders before the government would announce “a clear path forward”.

She said the inquiry by the governor of the territory showed “clearly that substantial legislative and constitutional change is required to restore the standards of governance”.

In a statement, she said the report had been launched in January 2021 to address “significant concerns about the deteriorating state of governance in the British Virgin Islands, as well as the potential vulnerability of the islands to serious organised crime”.

In a televised statement BVI governor John Rankin, who it is recommended should take over the rule of the territory, pledged that his overriding concern would be the best interests of the people of the BVI – “ensuring transparent, honest and open governance”.

The BVI is a British overseas territory made up of more than 40 islands, located in the Caribbean to the east of Puerto Rico.

It operates as a parliamentary democracy, with the premier acting as the head of the elected government alongside the governor, John Rankin, who is appointed by the UK government.

Leaks of documents known as the “Panama Papers” and “Paradise Papers” revealed the islands to be a popular tax haven.

Mr Fahie was detained in Miami on Thursday alongside senior port official Oleanvine Maynard, whose son was also arrested in connection with the case.

They have been charged with cocaine trafficking and money-laundering conspiracies after appearing by video link at a Florida court on Friday, US prosecutors confirmed.

They will remain in custody until a bond hearing on Wednesday.

In Mr Fahie’s absence the acting premier, Natalio Wheatley, said that the territory could address governance problems without suspending its constitution despite the recommendation of the report.

He told BBC Radio 4’s The World Tonight he did not believe the people of the British Virgin Islands wanted to see the constitution suspended because they supported democracy.

“Every country in the world has challenges with governance, including the UK,” he said.

Mr Wheatley said he had had productive talks with Ms Milling and was expecting those to continue when she arrived in the territory on Saturday, although he admitted some conversations may be “uncomfortable”.

He added Mr Fahie needed to have due process and that his thoughts and prayers were with him.

Mr Fahie was arrested by the US Drug Enforcement Agency (DEA) alongside Oleanvine Maynard, whose son was also arrested in connection with the case.

According to US court documents Mr Fahie agreed a $700,000 (£560,000) payment to allow traffickers to use BVI ports with an undercover informant, charges filed in the US said.

The arrests were made after US Drug Enforcement Agency (DEA) agents pretended to be cocaine traffickers from Mexico’s Sinaloa Cartel – said to be the largest supplier of illegal drugs to the US market and formerly run by now-imprisoned drug lord Joaquín “El Chapo” Guzmán.

The trio have been charged with conspiracy to import more than 5kg (11lb) of cocaine into the US and conspiring to commit money laundering, authorities said.

In a criminal complaint filed in a US federal court, reviewed by the BBC, the DEA said the investigation was launched in October based on work carried out by a confidential informant.

British overseas territories are territories which have retained a constitutional and historical link to the UK – these include Gibraltar and the Falkland Islands.

Most are largely self-autonomous with their own governments but the UK retains responsibility for their defence and foreign relations.