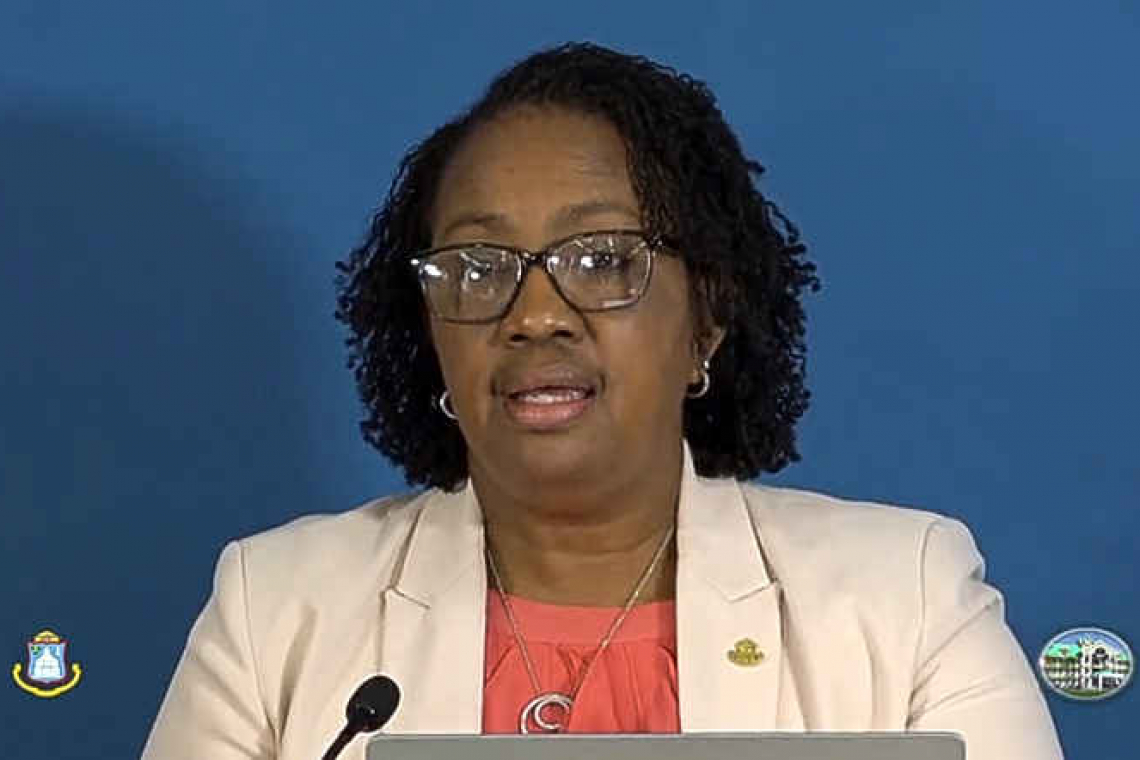 PHILIPSBURG–The government of St. Maarten stands in solidarity with the people and government of Ukraine, asserted Prime Minister Silveria Jacobs on Wednesday. She told reporters at the live Council of Ministers press briefing that St. Maarten joins the Kingdom in condemning the “acts of aggression” on Ukraine.

“The developments in Ukraine, as we are part of the EU as part of the Kingdom, also affect St. Maarten,” said Jacobs. “On Thursday, February 24, we were all deeply disturbed by the unwarranted military attack by the Russian Federation against the people of Ukraine and hereby, along with our Kingdom, condemn these acts of aggression.

“It is increasingly disturbing that it has not stopped despite many attempts at diplomatic discussions aimed at ending this war. We must also commend those who are standing their ground and all the civilians who have joined in the fight to protect their country and to protect democracy. The Kingdom stands with you and St. Maarten as such also stands with you during this trying time and we pray for Ukraine sovereignty and territorial integrity.”

She said government is in constant communication with the Foreign Affairs Ministry in The Hague, which represents the entire Kingdom as well as any diplomatic discussions that are held.

“As you know, a broad sanction package has been announced and daily this is updated and passed on to the various overseas territories, including the three countries of the Kingdom. St. Maarten must also in our legal capacity implement the EU and the UN sanctions as prescribed and in Brussels they are currently finalising the technical details and the legal aspects thereof so that the national implementation can take place across the board,” Jacobs said.