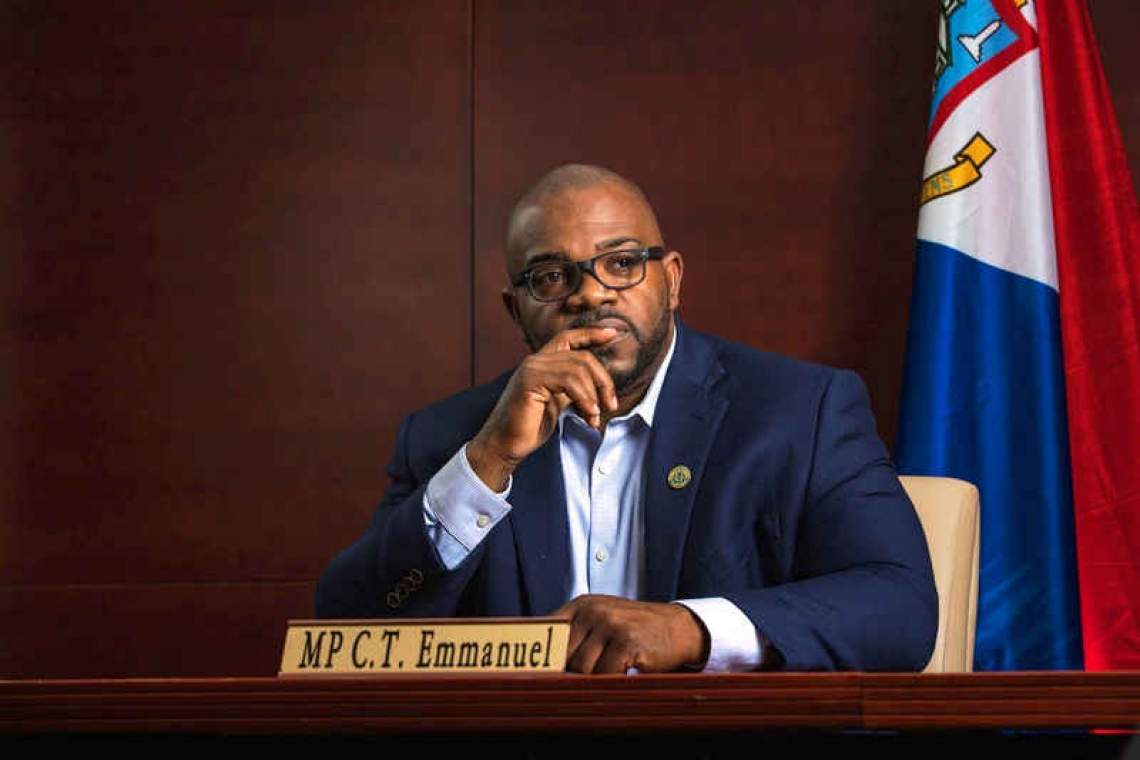 PHILIPSBURG–Independent Member of Parliament (MP) Christophe Emmanuel said on Sunday that government runs the risk of chasing business away by rushing to impose sanctions on properties owned by Russian billionaires who frequent St. Maarten.

He said imposing sanctions will be “near-sighted for a government that is in constant financial peril.”

“When the conflict in Eastern Europe is over and the European cousins kiss and make up, we will be left holding the wrong end of the stick. Holland will continue manufacturing yachts for Russian billionaires, while in St. Maarten these billionaires could choose alternate safe harbours, recalling the fact that we sanctioned them. Overnight, Holland will be okay, but we will see real economic activity sail away to other ports,” Emmanuel said in a press statement.

“Our concerns matter, our voices in these matters deserve to be heard, our realities are significant to our survival, our views need to be understood and our challenges considered and addressed.”

He said the fact that St. Maarten is in the Kingdom does not mean it should go along with unilateral global efforts that negatively affect its economy. He said the Netherlands is quite adept at using a different measuring stick when it comes to whether St. Maarten should adhere to European regulations and treaties or not.

Conveniently, he continued, when it does not suit the Netherlands, like borrowing from these same countries, St. Maarten is blocked and told it cannot seek for itself. However, for economic sanctions against Russia and some of its wealthiest citizens who frequent St. Maarten and boost the island’s economy, “we must simply go along.”

Emmanuel said unilateral sanctions are rarely effective. In a global economy, unilateral sanctions tend to impose greater cost on certain territories, especially small island states, than on the target, which can usually find substitute sources of supply and financing.

“We have a struggling economy, burdened by loans this government took from the Netherlands which we will be paying back forever. We have a CFT [Committee for Financial Supervision – Ed.] who just last week literally told this government that nothing it is doing in terms of savings and revenue generation is working. We have a government that doesn’t have a post-COVID economic plan and who will probably request more liquidity support,” he said.

“Yet, here we are talking about sanctioning people that spend money in this country and support more than one sector of this economy. Our realities are different from those in Europe and as usual there is no understanding in this so-called Kingdom for this. Through one side of their mouths they tell us to cut our people’s salaries and come down hard on taxes, while through the other side of their mouth they want us to enforce global sanctions that could further ruin us. Utter nonsense,” Emmanuel said.

He said St. Maarten runs the risk of chasing business away “as it moves into a period of government-imposed higher supervision, a time when economic activity will need to-be carefully nurtured to ensure sustainability, growth and elimination of government imposed austerity measures on its people.”