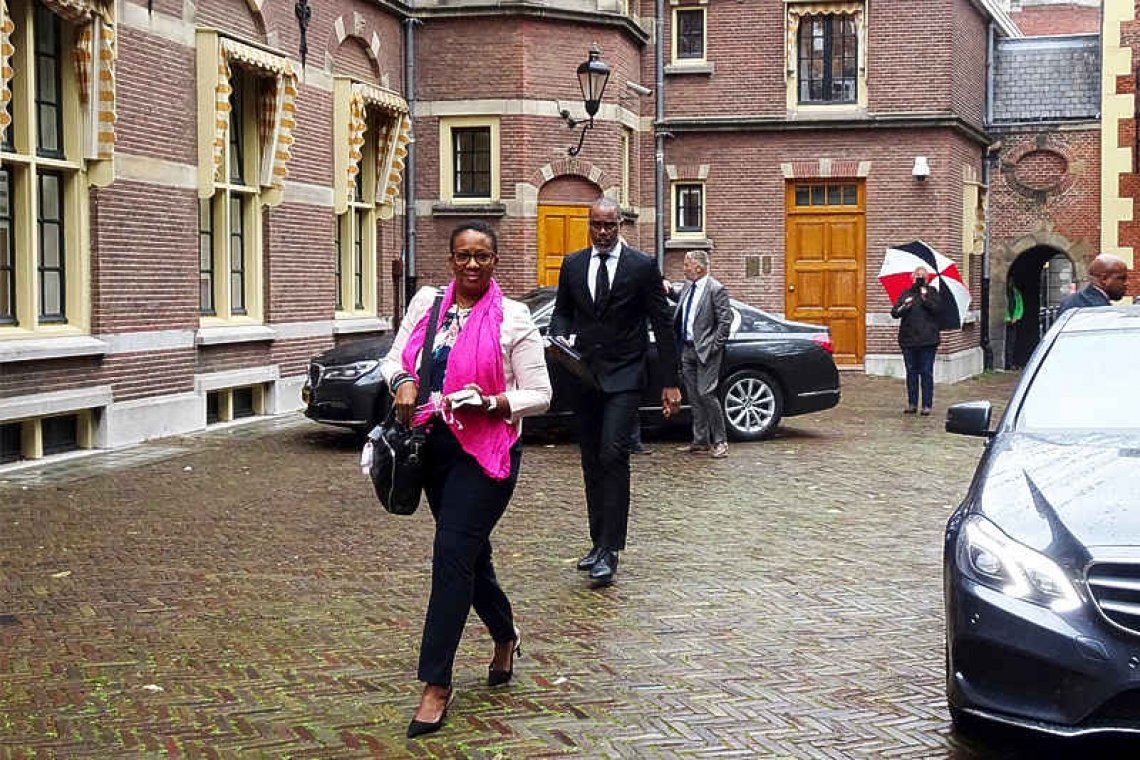 St. Maarten Prime Minister Silveria Jacobs as she arrives at the Binnenhof on Friday morning for a meeting of the Kingdom Council of Ministers. Directly behind her is St. Maarten Minister Plenipotentiary Rene Violenus | Suzanne Koelega

THE HAGUE–As expected, no agreement was reached during the meeting of the Kingdom Council of Ministers today, Friday regarding the new entity to channel future liquidity support and to implement reforms.

Curaçao and St. Maarten will have to wait a bit longer on that funding, because they still have some homework to do. “We have until July 15 to finalise the criteria regarding the salary support programme. We would have to change over the system. If we have to, we will,” said St. Maarten Prime Minister Silveria Jacobs after the meeting.

As for the third tranche, discussions will have to continue with the Netherlands. “I’m happy that it has not been forced through despite the fact that we as three countries could not agree to the conditions,” said Jacobs.

Jacobs and Curaçao Prime Minister Eugene Rhuggenaath said they needed more time reach an agreement with the labour unions concerning the 12.5 per cent salary cut that The Hague has demanded for the total wage sum of the Curaçao and St. Maarten governments.

“We are not against reforms. We were already executing reforms. The problem is the high speed in which the Netherlands forces us to get it done. We have to talk with the unions in a local context whereby unemployment has increased to 50 per cent. We have the space to continue talks on a total package that we are part of and that we can justify,” said Rhuggenaath. 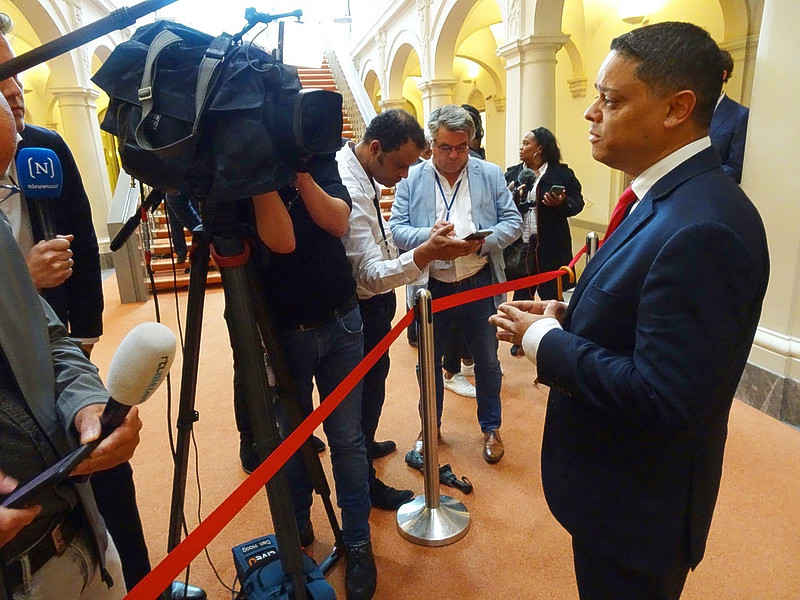 Curaçao Prime Minister Eugene Rhuggenaath being interviewed. A lot of media came out to cover the Kingdom Council of Ministers meeting | Suzanne Koelega