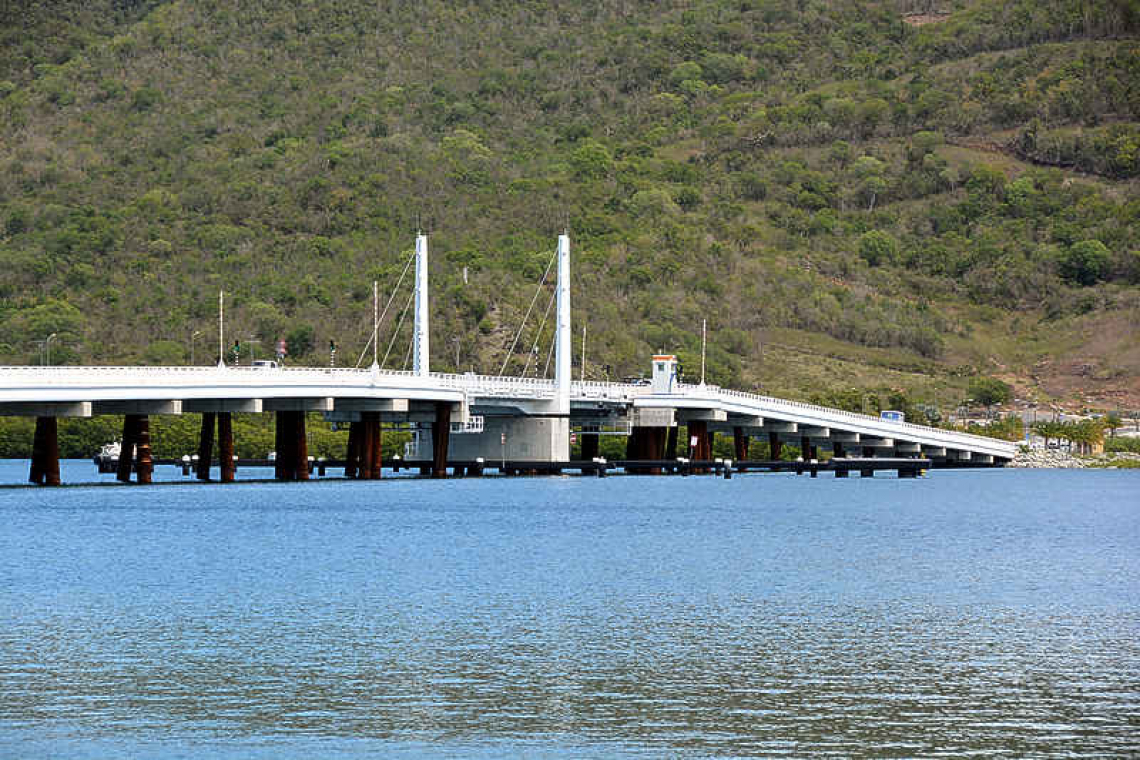 PORT ST. MAARTEN – The Causeway Bridge as of Thursday afternoon reopened for motorized traffic. However, it will remain closed for maritime traffic.

“Technicians including a software engineer from bridge manufacturer Hollandia are scheduled to arrive on the island at the end of the week and will work through the weekend with assistance from fully trained staff of the Simpson Bay Lagoon Authority (SLAC),” Port St. Maarten announced in a press release.

“On Monday the technical problem developed while the bridge was open for maritime traffic. During the process of closing the bridge, the system malfunctioned possibly due to a power grid outage,” it was explained in the release. “Technicians worked for several days troubleshooting the various phases of the sensors and thereafter followed through with a modification to conduct the first ever manual closing of the bridge which took several hours and since made further adjustments to shorten that timeframe.”

SLAC would like to thank remote specialists from Hollandia supported by local technical teams from NV GEBE, Electec, along with Port St. Maarten Group staff, for their work to-date in trying to find a resolution to the problem. SLAC will keep the maritime community informed with respect to any updates.