BBC | The godfather of fake news

Christopher Blair takes a sip of his coffee. Then he carefully focuses on one of the three screens in front of him. He’s in his home office, 45 minutes outside Portland, Maine, on the US East Coast. Stroking his thick beard, he looks at his bookmarks bar.

He takes another sip before his coffee goes cold, inhales long and hard, then logs into the back end of one of his many websites.

He begins by choosing a subject. Which “lucky” politician will be on the receiving end of his attention today?

Bill Clinton? Hillary Clinton? One of the Obamas?

Or maybe the subject of his story won’t be a person, but a policy. Gun control? Police brutality? Feminism? Anything that will push buttons. 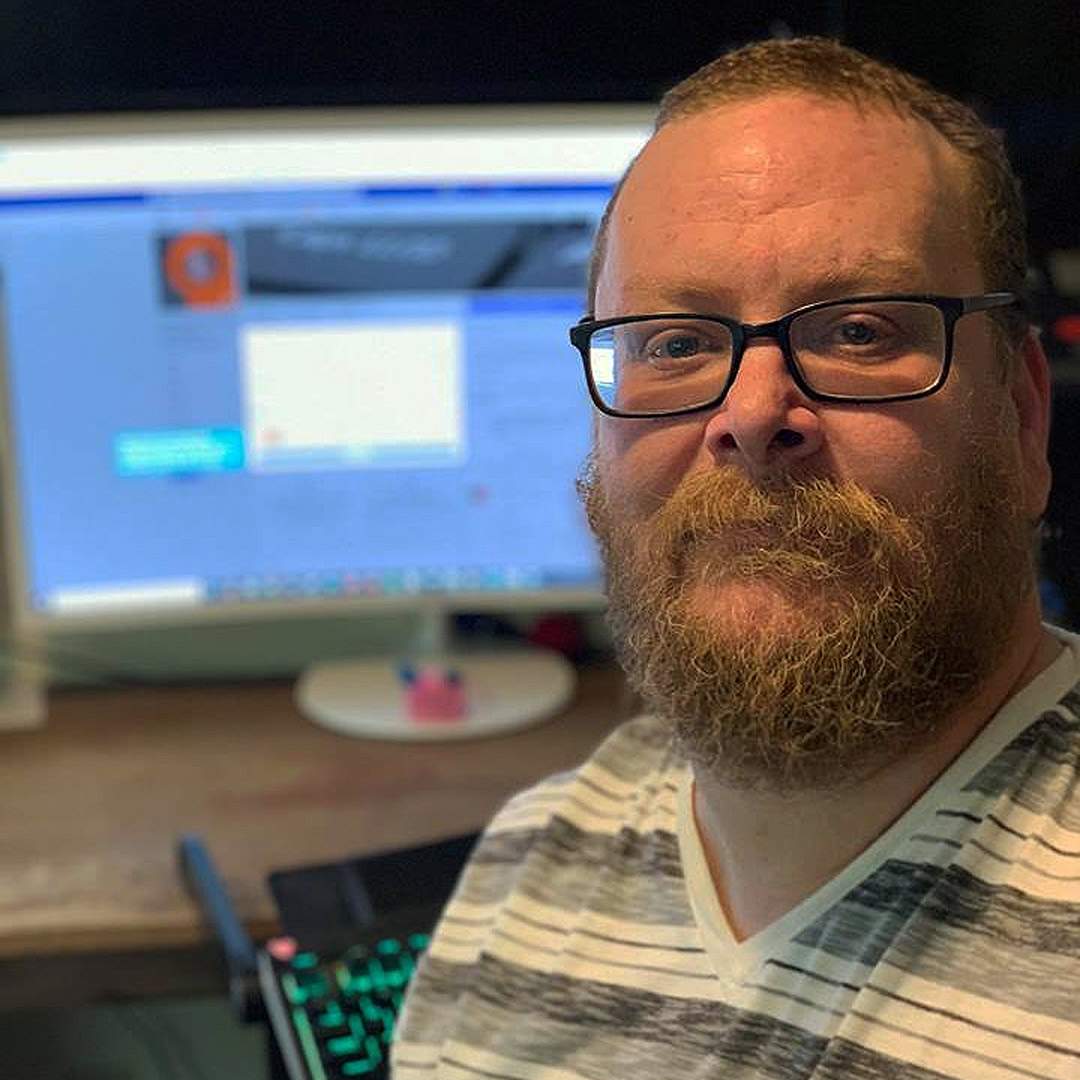 Perhaps he’ll make up a controversial incident, a crime, a new law or a constitutional amendment.

“Changing” the US constitution is particularly fun – he’s already written more than 30 fake amendments. (There are only 27 genuine ones.)

Blair sits back in his chair and focuses intently on the screen. He leans forward, places his hands on the keyboard and starts the same way he does every time.

The words flow from the thoughts in his head. Unconnected to reality, he needs no research, and no notes.

His fingers rhythmically tap the keys. Letters form into words, words into sentences and sentences into a blog of about 200 words.

It doesn’t take long to write.

Blair sits back in his chair and watches the likes and shares roll in. 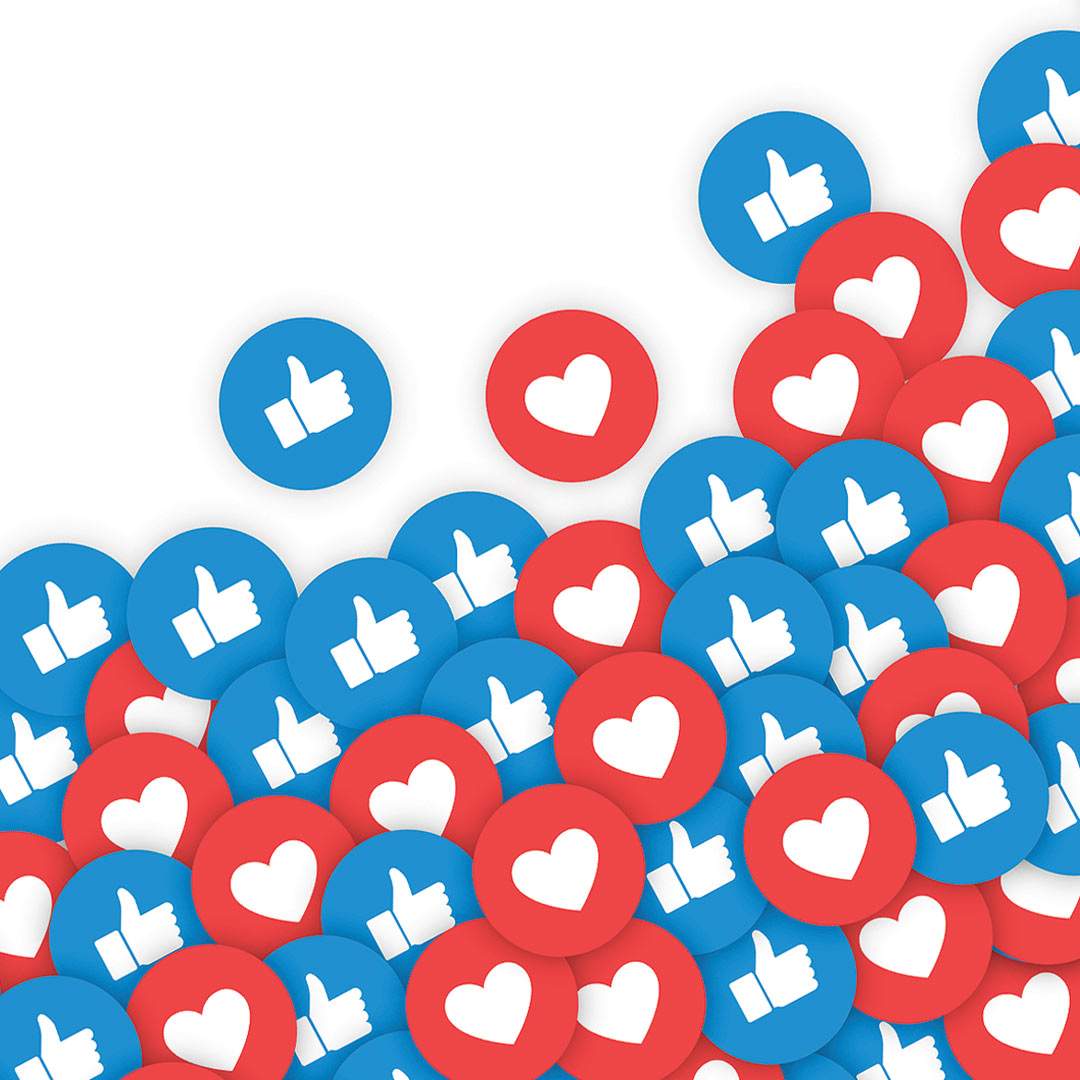 More than 3,000 miles (5,000km) away in a small town an hour east of the Belgian capital, Brussels, there’s another office in another family home.

Outside, children play in the garden on a warm summer’s afternoon.

Maarten Schenk navigates the steep set of stairs to his basement office. There’s an L-shaped desk in one corner – in another, a cooler is filled with bottles of peach-flavoured iced tea.

His desk resembles Blair’s. On it, sit three computer monitors, with the machine hard drives tucked away neatly underneath.

On one of the screens, he suddenly notices a lot of activity. The US is waking up, and spiking numbers on one page catch Schenk’s attention.

He watches as one particular story is gathering momentum and is quickly being shared on Facebook and other social networks. 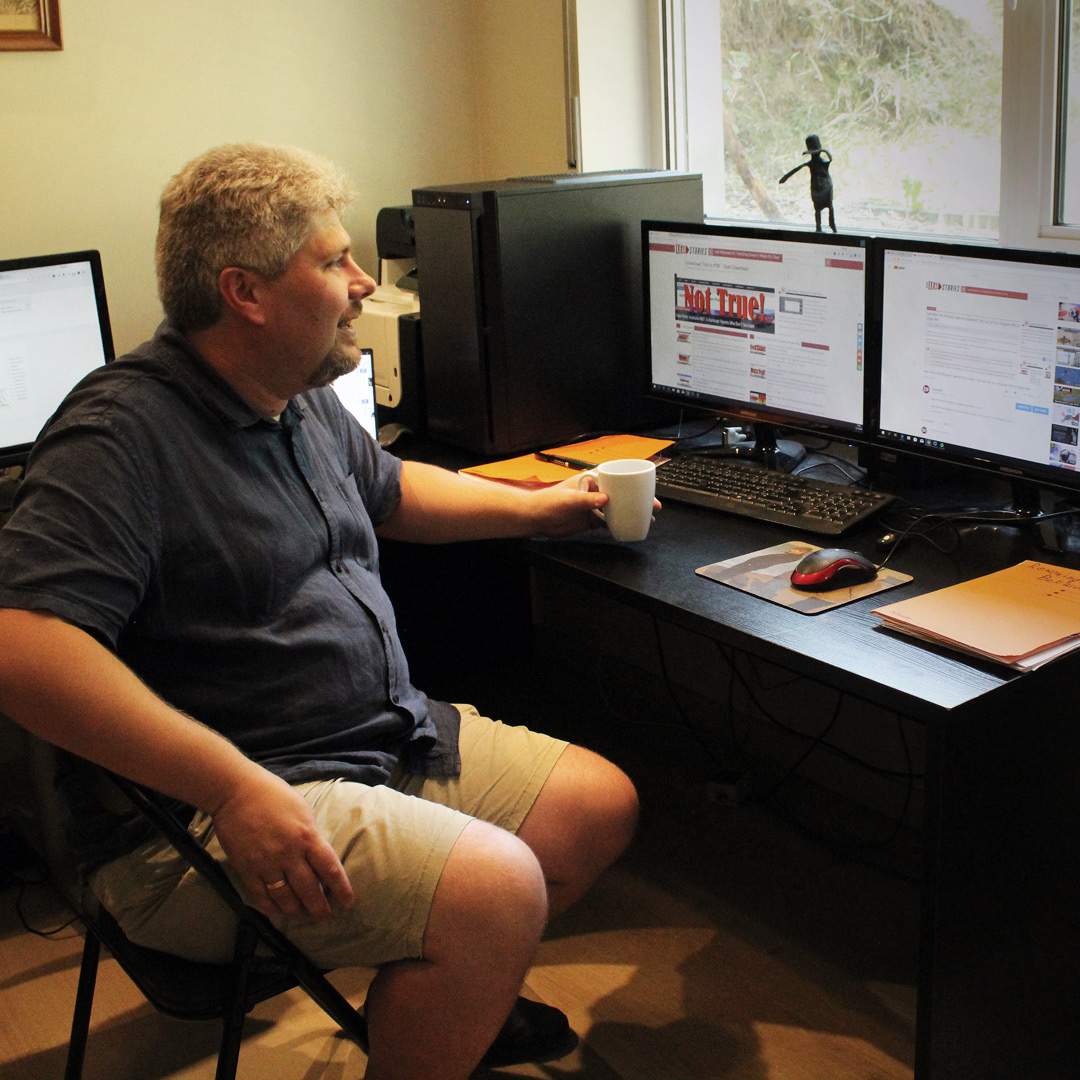 Schenk logs into his own website and starts to type.

His job is to tell the world that what he’s seeing online – the story that’s currently going viral about a Clinton Foundation ship, allegedly carrying drugs, guns and sex slaves – is a complete fabrication.

The birth of fake news

During the 2016 US presidential election, journalists began noticing a rash of viral made-up stories on Facebook.

Bizarrely, many of the pages appeared to be posted by people from the Balkans and, after BuzzFeed reported on an unusual cluster of pages, reporters flocked to a small town called Veles in Macedonia.

“The Americans loved our stories and we make money from them,” one faker told the BBC. “Who cares if they are true or false?”

The stories were, in the main, pitched to Donald Trump supporters. They included rumours about Hillary Clinton’s health problems and illegal dealings, stories about luminaries like Pope Francis lining up behind the Republican candidate, and other false news sure to either please or rile Trump’s supporters.

In December 2016, Hillary Clinton gave a speech in which she slammed “the epidemic of malicious fake news and false propaganda” that had flooded social media over the past year.

“It’s now clear that so-called fake news can have real-world consequences,” she said.

It wasn’t immediately clear if she was referring to the election. At the time, some journalists interpreted her remarks as a reference to “pizzagate”, a conspiracy theory that grew to tremendous proportions online, and which prompted one man to storm into a Washington DC restaurant and fire an assault rifle.

But regardless of Clinton’s meaning, the term was taken up by her victorious opponent and used in a completely different way a few weeks later.

“I’m not going to give you a question,” Trump said. “You are fake news.”

Since then, “fake news” has been a topic of mainstream obsession and debate, although what is meant by the term varies hugely.

Some insist on the original definition – fake stories of the type pumped out by those Macedonian teenagers.

Others lump in politically motivated conspiracy theories – perhaps what Hillary Clinton was getting at. 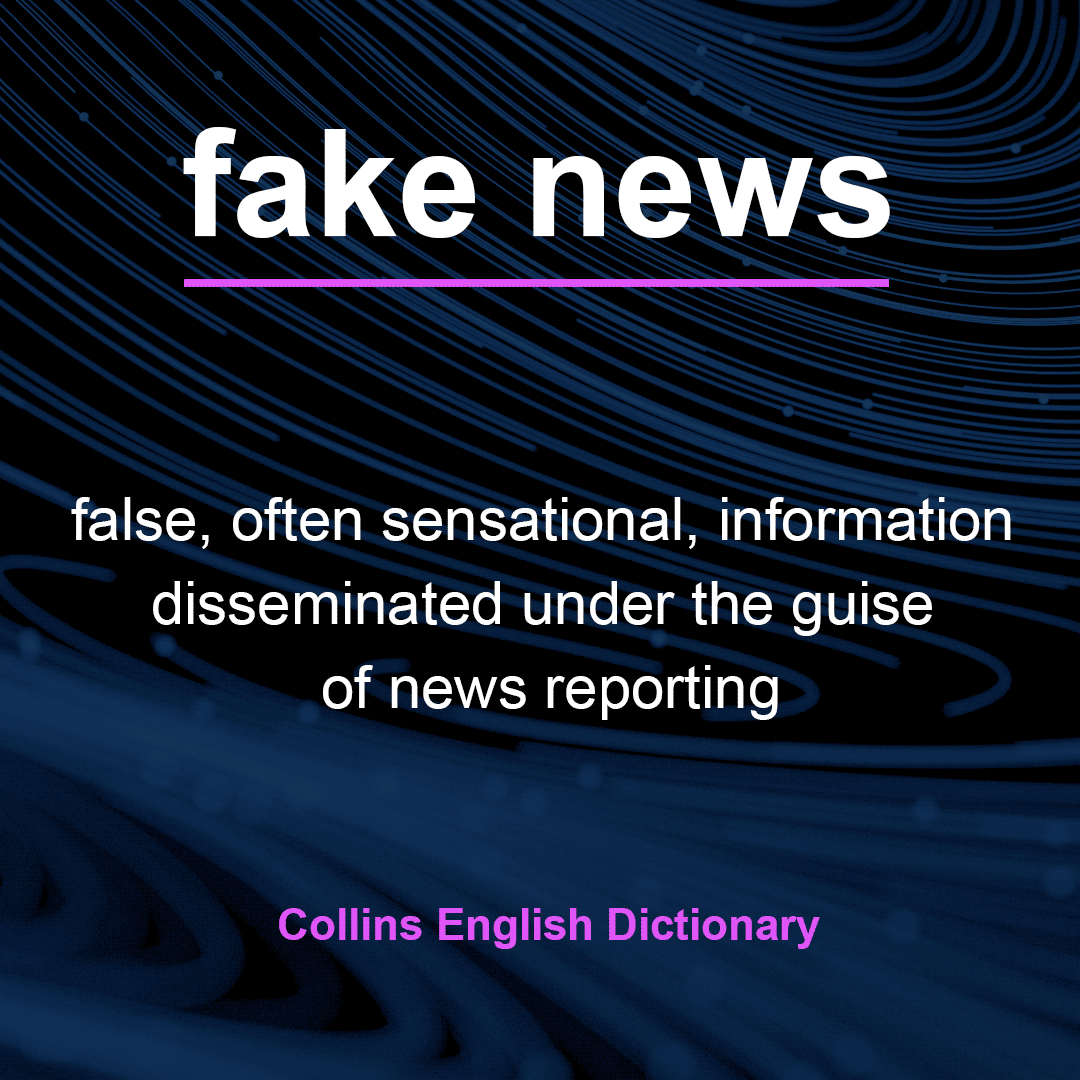 But people have also used “fake news” to describe honest mistakes, opinion, spin, propaganda or – like President Trump – news outlets or reporting that they simply don’t like.

Not only that, but often stuck under the banner of “fake news” is satire or parody, which on the surface appears harmless, but could still fool people – with potentially negative consequences.

CC | Court of Justice: “No justification for refusing same-sex marriage”

WILLEMSTAD - The civil code of Curaçao stipulates that a marriage can only...
- Advertentie -