But this case comes with a twist. Hundreds of employees, who counted on the Irish company for transport, education, housing and food, continue to show up at work. They take turns protecting idled heavy machinery from looting that has become rampant as Venezuela plunges into hyperinflation and economic chaos.

Their hope: that someone—anyone other than the Maduro administration—will come and restart operations. 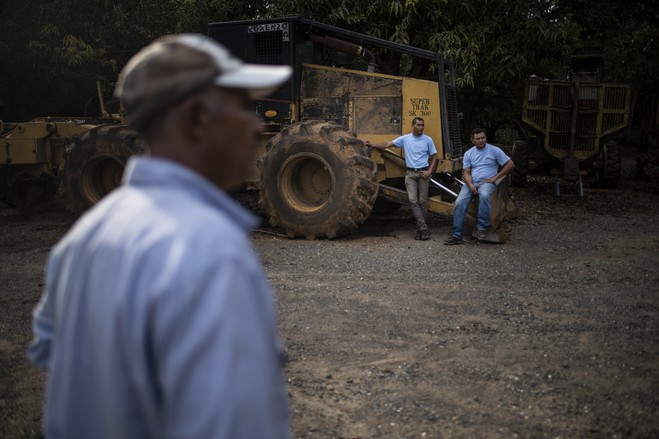 “Help, we need a boss here. We’re desperate,” said Ramón Mendoza, a Smurfit forestry division worker for 17 years. “We’re so scared because we now know that all the government does is destroy everything, every business.”

Their plight underscores the devastation that rural Venezuelan communities face as private companies pull out of a country that was once Latin America’s richest. The economy has shrunk by half over the past four years and the International Monetary Fund sees inflation next year hitting a world-topping 10 million percent, pushing millions of Venezuelans to flee. Mr. Maduro has responded by intensifying price controls and intervening in the private sector.

A survey conducted by the Venezuelan Industrial Confederation found more than 200 industrial companies closed shop in the second quarter of 2018 while nearly half of respondents said they were working at around 20% capacity due to the lack of raw materials.

Smurfit, which had worked here for six decades, abruptly pulled out in late September after Venezuelan military officers arrested several managers and seized its plants. Authorities accused the company of market speculation and demanded it lower prices of some goods by 80%, according to union leaders. Smurfit denied the charges. The company didn’t respond to requests for comment. Two of its managers are still detained.

Smurfit employees in Venezuela hope someone will come and save a now-closed company they relied on not just for salaries, but for transportation, education, housing and food. 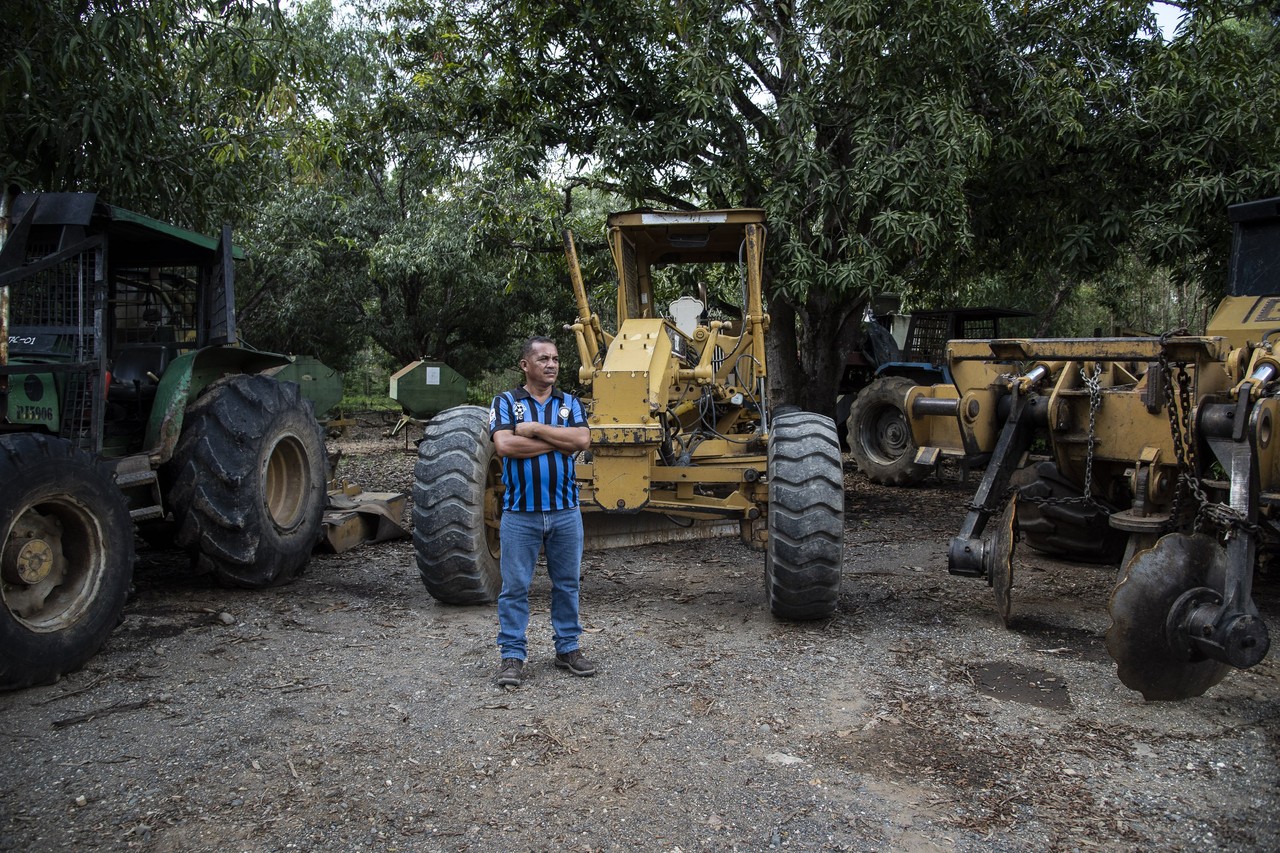 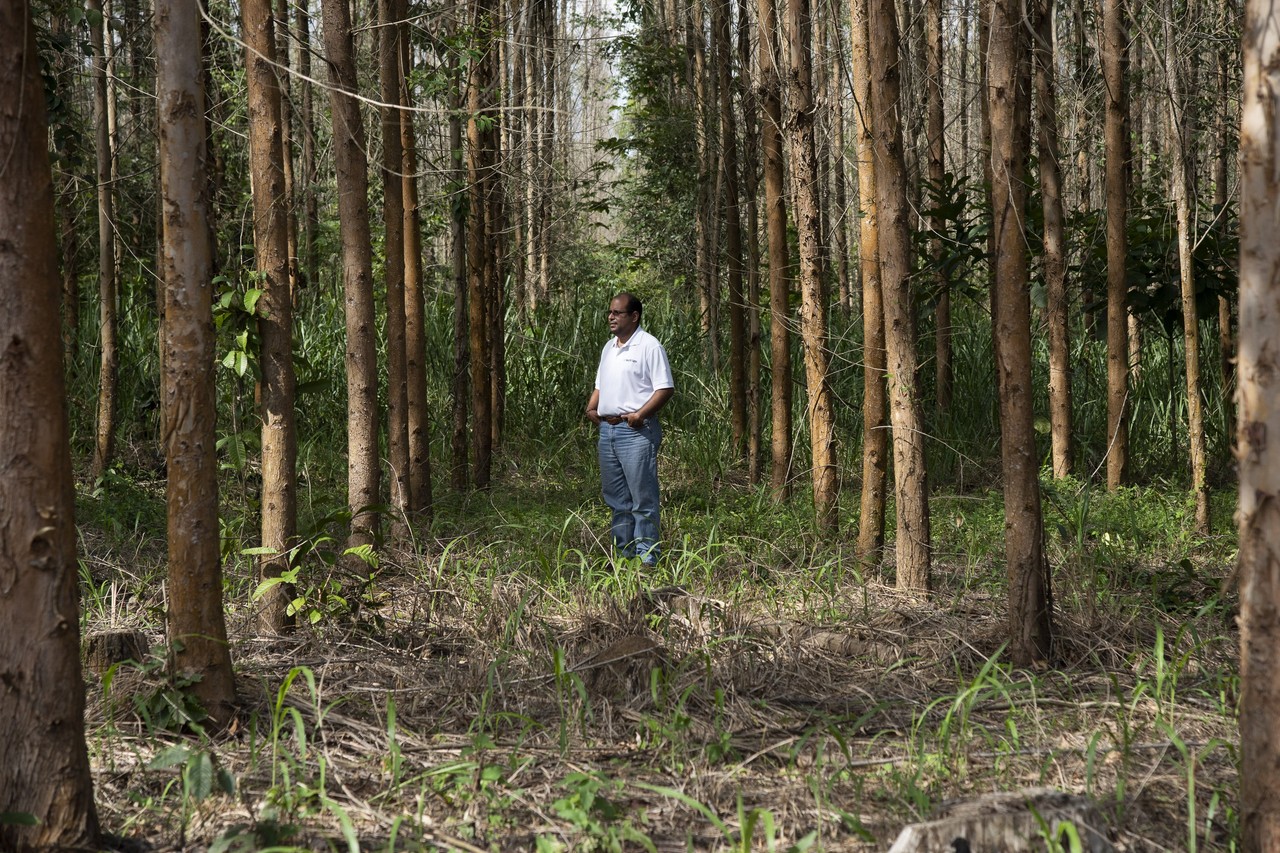 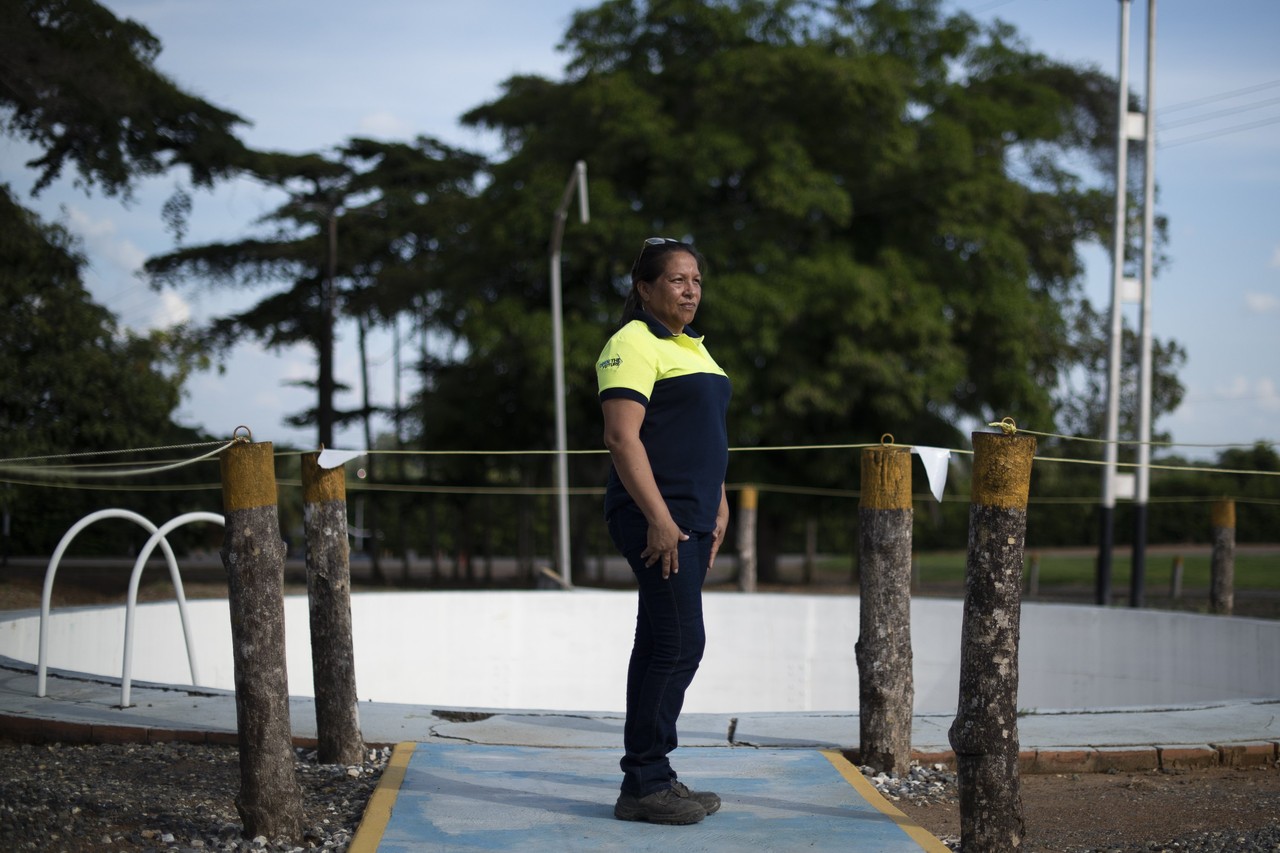 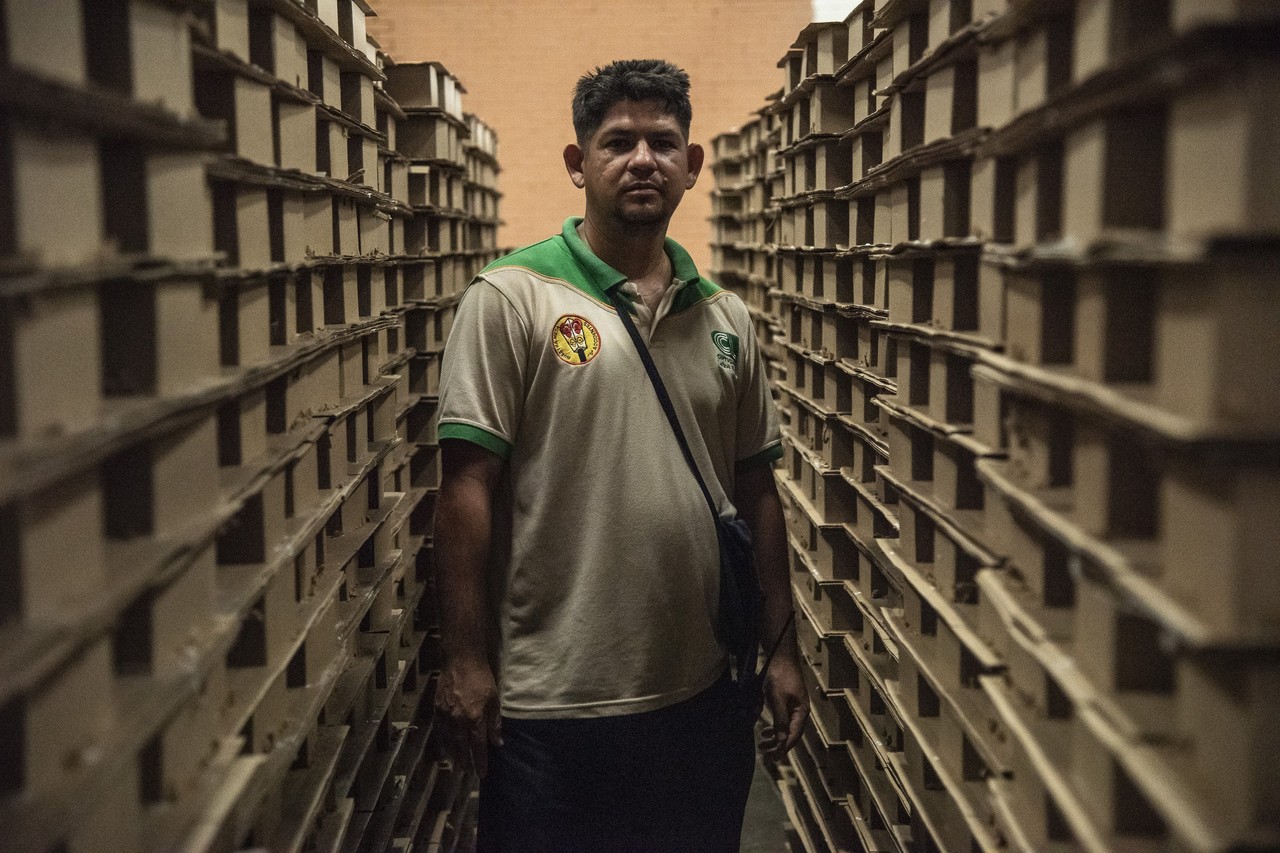 In an oil-dependent country, Smurfit was one of few non-energy companies producing its own raw materials and even exporting products. Its withdrawal is problematic for the laid-off workers and surrounding communities scattered around the country, which grew ever more dependent on the company as the country slid into crisis.

Workers who live in the surrounding area had received interest-free loans from Smurfit for their houses. Residents said they no longer can count on the four ambulances that the company paid for to serve communities of tin-roofed shacks.

At the Agricultural Technical School in the nearby town of Acarigua, which was entirely financed by Smurfit, nearly 200 children living in extreme poverty used to receive an education, lodging, as well as hot meals that have become a luxury as public schools collapse. Over two decades, many of its graduates had gone on to work for Smurfit.

The academic year was supposed to start on Oct. 1. But with no money to feed and transport students, there’s silence in the halls, bringing tears to the eyes of school psychologist Maria Vielma. 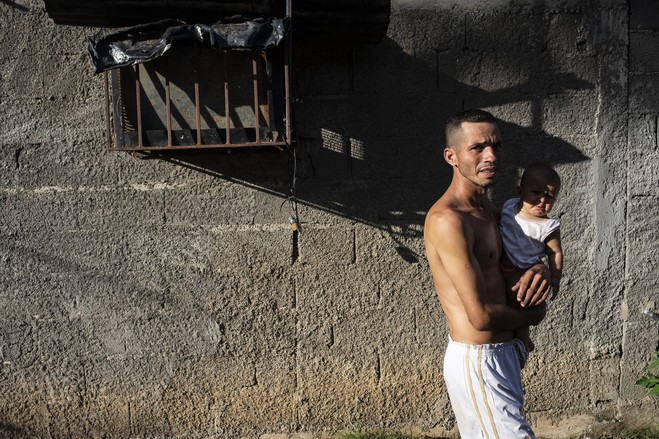 Vladimir Sequera, above, is the stepfather of Gabriela Sequera, below, who studied at a technical school funded by Smurfit that hasn’t reopened since the company closed its operations. She aspired to be a lawyer. 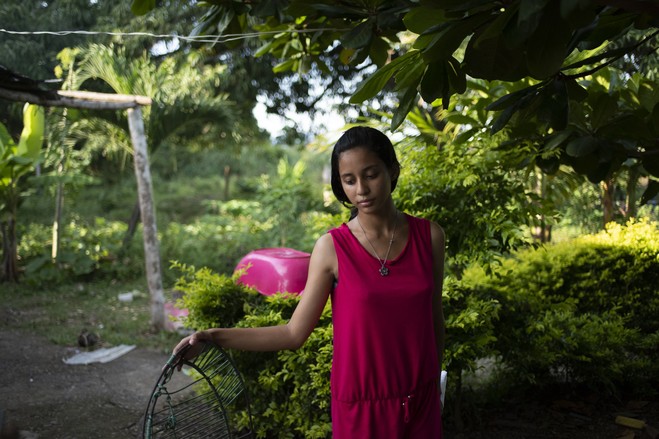 “This used to be a family. I just don’t have words right now,” Ms. Vielma said. “We have a government that is dedicated to destroying, not constructing.”

Vladimir Sequera, a 34-year-old peasant farmer, said he never made it past the sixth grade, but had higher hopes for his 15-year-old stepdaughter, Gabriela Sequera, who would have started her fourth year at the technical school. She aspired to be a lawyer.

“It’s like poof,” Ms. Sequera said, snapping her fingers. “Our whole future was taken away.”

Smurfit had faced many provocations over the years including having several forestry properties expropriated by Mr. Maduro’s mentor and predecessor, the late Hugo Chávez. Much of that nationalized land, on the outskirts of Ospino, is stripped of trees that were chopped down for fuel and now occupied by small shanties.

In recent years—as companies from Clorox to Kimberly Clark to General Mills have left Venezuela—the revolutionary government had been quick to take over their factories.

But the companies’ production has since collapsed, their products scarce. On social media, Maduro allies have posted videos from the Kellogg factory celebrating as a box of Corn Flakes rolls down the assembly line. Workers at the plant, however, say the little that is produced is taken away by government supervisors. 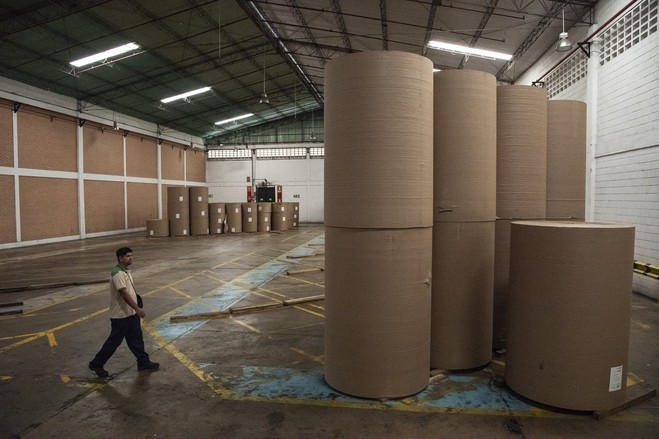 “He’s shooting the country in the foot,” said Raúl Gallegos, who advises businesses at the consultancy Control Risk, referring to Mr. Maduro. “It shows the ruthlessness to make the people more and more dependent on the government. It’s quite dark.”

In recent days, the cash-strapped Maduro administration said it had come up with a solution for the Smurfit plant: That the workers would run it themselves. The government said it wouldn’t nationalize it but named a temporary board to help restart operations. The Labor Ministry offered no details over how it would replace Smurfit’s distribution network through which the company supplied its own subsidiaries abroad.

But the workers say they can’t run the plant on their own and insist they want bosses—just not from the government. “We know how to move the lumber from here to the plants. What do we know about finances and marketing?” said Mr. Mendoza.

For many of the Smurfit workers, the end came quickly. In late September , workers unexpectedly received severance packages in their bank accounts. Gabriel Marquez, who worked at a Smurfit plant in Valencia for nearly 11 years, said he used it to invest in a single $20 U.S. bill.

— Ginette Gonzalez in Caracas and Tibisay Romero in Valencia contributed to this article.