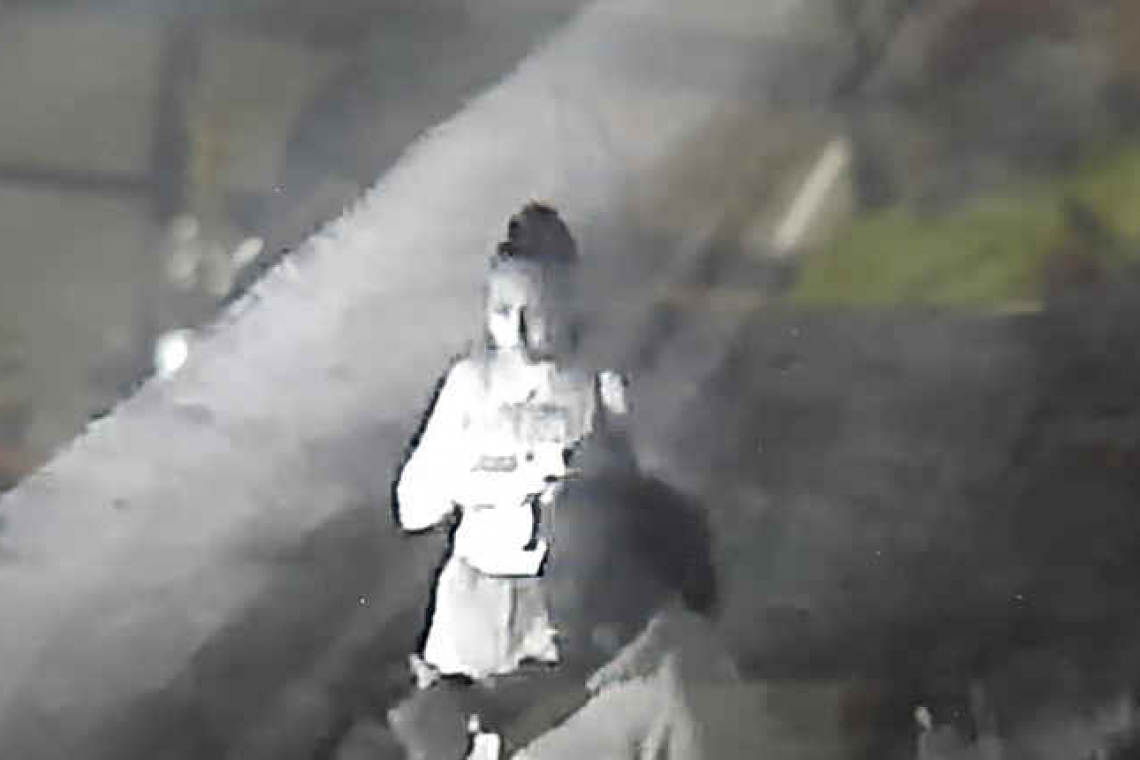 PHILIPSBURG–The female pedestrian who was recorded on the scene of the fatal accident that took place on A.J.C. Brouwer Road on Saturday morning came forward after police released a screenshot of the camera footage on Sunday.

“The woman was questioned by police as a witness,” said police spokesman Ethelwoldus Josepha who did not release any details about the lady in question. “After the interrogation, she was free to go.”

A speeding car killed a man who was walking on the sidewalk of A.J.C. Brouwer Road at approximately 12:30am Saturday. The car was racing downhill while the victim was walking uphill opposite ACE hardware store.

The first press release from the police on Saturday indicated that the driver had lost control over the steering wheel after the car hit the curb. However, on Sunday the police reported that camera footage showed that a woman had suddenly crossed the street in front of the car.

“The reason the driver of the white Kia lost control of his vehicle was due to the woman crossing the road, forcing him to brake hard to avoid hitting her,” the statement read.

According to Josepha, the interrogation of the woman also shows that she “contributed to a certain extent” to the occurrence of the accident, but he said, “The speed at which the car drove was decisive.”

If the driver had not driven so fast, it would not have happened, and Jamaican-born D. would still be alive, Josepha confirms.