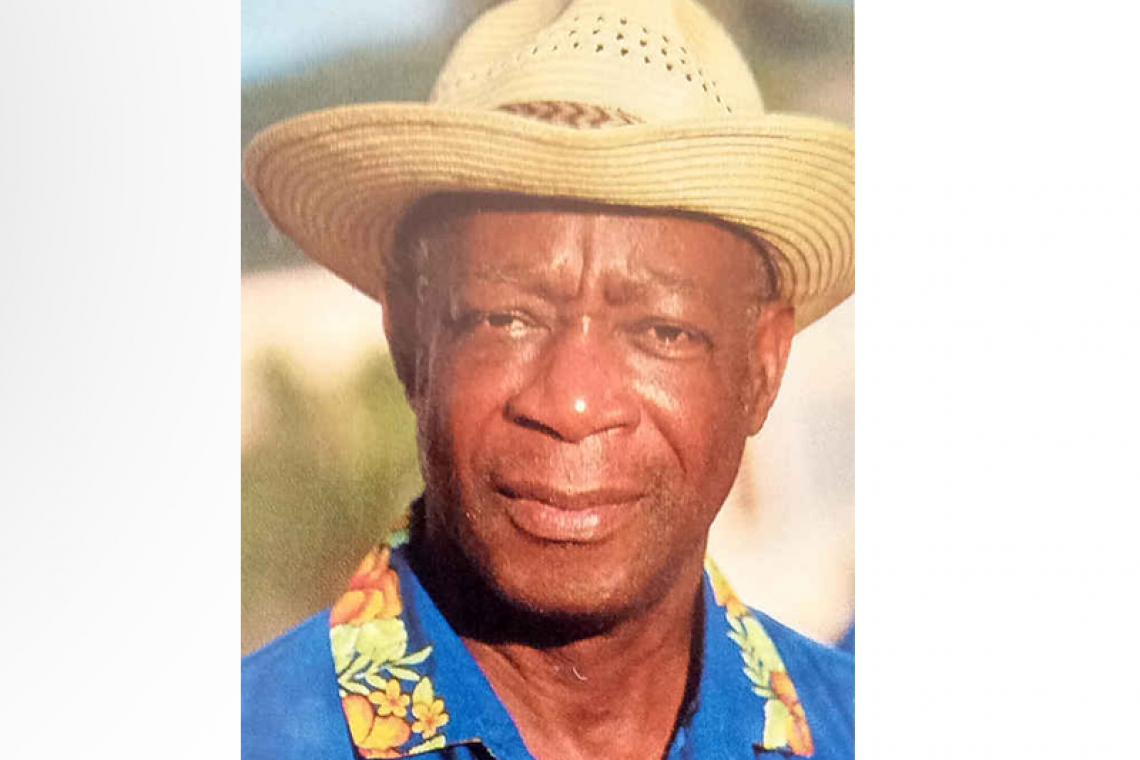 PHILIPSBURG–St. Maarten has lost a hero whose legacy will remain for years to come, Prime Minister Silveria Jacobs said on Thursday in reaction to the passing of cultural icon and former civil servant Jocelyn Arndell on Friday, October 29.

A condolence-memorial book for Arndell will be opened to the public at the Government Administration Building on Pond Island for one day, from 8:00am to 5:00pm today, Friday, November 5. Civil servants can sign the condolence book at any time during the day.

Arndell was a member of the famous string band “Tanny and the Boys.” He was a long-standing, well-respected civil servant who served in various government departments during his tenure contributing to the people of St. Maarten.

Fifty-one years ago, the late Lt. Governor of the Windward Islands Reinier O. van Delden, attentive to the sentiments of the population of St. Maarten, recognised and saw the hunger in the people wanting to express themselves and display their culture to the world. Van Delden came up with a plan of action and commissioned Arndell to see how Carnival was organised in St. Thomas.

Arndell got a first-hand and bird’s-eye view of how St. Thomas Carnival was organised in a setting comparable to that of a village with temporary makeshift booths erected. He thought about how something similar to what he witnessed in St. Thomas could work in St. Maarten and that was the genesis of the St. Maarten Carnival Village.

He brought the idea back to St. Maarten in April of 1970, refined it to suit St. Maarten’s context and seven months later the Carnival Village was born prematurely on November 11, 1970.

“On behalf of the Council of Ministers, we extend our deepest condolences to the family and friends of the late Jocelyn Arndell. St. Maarten has truly lost a hero whose legacy will remain for years to come. May he rest in eternal peace,” Jacobs said.