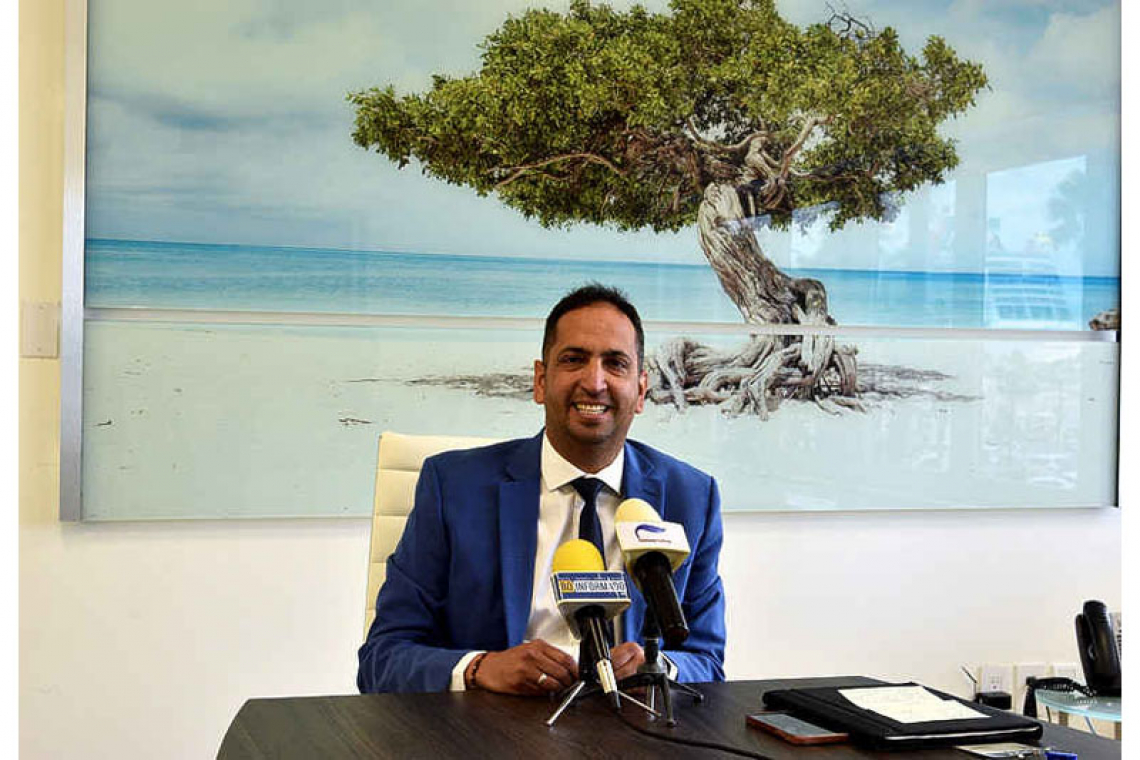 ORANJESTAD–Royal Dutch Airlines KLM will add fifteen flights to Aruba in December 2021 and January 2022, said Aruba Minister of Tourism Dangui Oduber, who also announced a gradual growth of the number of cruise ship calls to the island.

The minister said at a press conference on Wednesday that KLM had decided to increase its operations during the Christmas holiday season, and that the airline would add 15 flights to its original schedule from December 15 to January 14.

KLM is of great importance to Aruba because it transports a large number of visitors from the Netherlands and the rest of Europe, the minister said. The KLM flights will be executed with an Airbus A330-200 which has a capacity of 268 passengers.

Oduber remarked that as Aruba’s economy was recovering from the pandemic, and the number of flights and passengers to the island increased, it remained important to diversify the tourism market. This goes for both the European market and the United States market. Oduber noted that on November 20, the inaugural flight of Frontier Airlines from Miami, Florida, will land.

In June this year, Aruba received its first cruise ship since the pandemic started in March 2020. For one year and three months, Aruba received no cruise ships, while the local government and involved authorities did their utmost to restart cruise tourism in the interest of the local economy.

Minister Oduber mentioned that together with the Aruba Ports Authority (APA), the Aruba government is working on the execution of the Port City Oranjestad project. This project, which will go on public tender at the end of this year, will involve a large investment of the private sector.

The Port City project will transform the former cargo terminal area near the cruise terminal Oranjestad into a new and reformed leisure, residential and working area. This area is to act as a magnet for residents and tourists, with a waterfront park and phased development of mixed use commercial real estate. A masterplan has been developed by APA in close collaboration with the Port of Amsterdam International.

Investments are also pending at the Aruba Reina Beatrix Airport. The Gateway 2030 project of the Aruba Airport Authority (AAA) involves an investment in a further upgrading and renovating of the airport of more than US $140 million, which will generate more than 200 jobs and create a large spin-off for the local economy.
Bron: Daily Herald