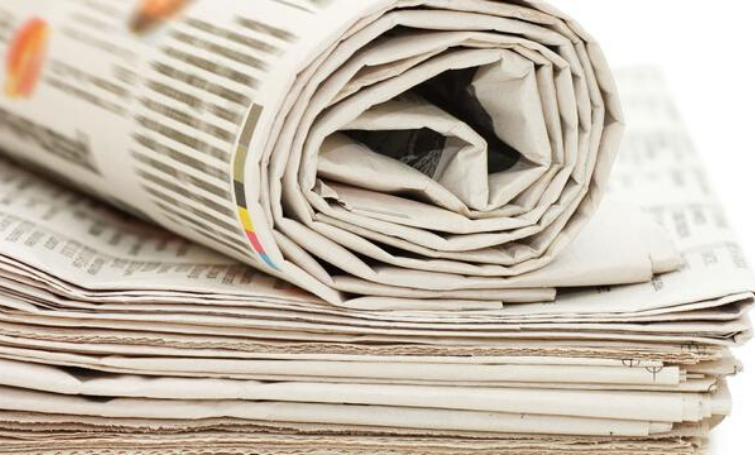 PHILIPSBURG–Representatives of a cross section of media organisations in St. Maarten submitted a joint letter to Prime Minister Silveria Jacobs on Tuesday, objecting to aspects of government’s Media Accreditation Policy and requesting a meeting with the Council of Ministers and the Department of Communication (DComm) on the matter within five weeks.

The meeting is to discuss individual points of contention on the policy, which was sent to the media on Tuesday, April 12, and which government wants to implement at the start of May. Media practitioners were given two weeks to consent to the content of the policy or have their passes retracted.

The media practitioners who are signatories to the joint letter also requested that the implementation of the eventual policy be postponed for a suggested period of four months and declined to sign the consent forms in the interim.

In the letter, the media practitioners said they wholly objected to a number of points described in the policy, which they referred to as a “new policy,” as the one drawn up in 2017 was never disseminated to the media.

“While individual points are to be discussed in the meeting, we find it necessary to point out that the general message as relayed in the media policy is one that slides towards authoritarian government, and there appears to be a serious lack of respect and/or understanding of the role of the media in a free and democratic society,” the letter read.

“The idea that government is the gatekeeper of what is to be considered ‘factual’, ‘fair’, ‘impartial’, and ‘unbiased’ information, or what ‘quality’ journalism is, is fundamentally flawed.”

The media must be independent of government and must have access to information held by public entities in a way that facilitates their fundamental role as the fourth pillar of democracy, the signatories said. The media are an indispensable check on power, and their diversity, plurality and independence are essential. Media access is a right, not a privilege, as it is referred to in the new policy.

The media operatives said much of the new media policy is subjective, vague, and leaves room for interpretation and arbitrary implementation – not only in terms of government choosing what it deems quality journalism, but references to media representatives acting in ways “not consistent with the principles” of government, the Ministry of General Affairs, or DComm, or “abusing” media “privileges.”

In addition to this, the intention to have DComm decide on media accreditation, while leaving the appeals process in case of a rejection in the hands of the same institution, is highly questionable, it was stated in the letter.

“The policy hinders what is already limited access to public information, which is already habitually treated as private. Journalists’ time for questions is quite restricted, while there is no restriction on the ministers’ speaking time. Video/pictures/audio of the live press briefing broadcasts are now treated as intellectual property of the government, as if it were private information.

“Even the ‘name’ and ‘likeness and/or personal attributes’ cannot be used for ‘exploitative’ purposes, according to the new policy. These items in particular do not seem well-thought-out. At the same time, reach/circulation statistics of the media houses must be submitted, although this is trade information.

“While in principle we do not see a problem with an established code of conduct, respect and professionalism must be a two-way street. Journalists should not be threatened with having ‘privileges’ taken away while ministers offer condescending remarks, refuse to answer based on who they like, make vague legal threats concerning (perceived) information leaks, and demonise/attempt to discredit media representatives for simply doing their jobs. What is the code of conduct of the ministers?”

The signatories said overbroad and vague laws, accreditation regimes, denial of journalistic access, threats of prosecution and states discrediting the work of journalists are all some of the concerning trends that have been specifically acknowledged by the United Nations (UN) as having been on the rise in recent years internationally – all practices that it condemns as impeding the free press.

“New extensive security measures also seem to be targeting journalists specifically. Unless others entering the building go through the same security checks, these seem more of another barrier to media workers than a necessity in the interest of protecting the ministers.

“These are some of the main concerns. We hope to be able to meet with the CoM [Council of Ministers – Ed.] and DComm for further discussion of individual points, and that we are given time before any new measures are implemented,” the media representatives said in the letter.

The media representatives quoted UNESCO Director General Audrey Azoulay and High Commissioner for Human Rights Michelle Bachelet, who said, “The work by journalists and the media is the embodiment of the fundamental human rights to freedom of expression and information.

“When journalists are not allowed to seek and publish information freely, independently and safely, citizens’ right to freedom of information is curbed. The result is a society where civic space is reduced, administrators are not in the position to make informed decisions on issues of public interest, and citizens are limited in their capacity to participate in democratic discourse.

“Freedom of information and expression are both prerequisites and enablers of the achievement of the 2030 Sustainable Development Agenda, which seeks to ‘promote peaceful and inclusive societies for sustainable development, provide access to justice for all and build effective, accountable and inclusive institutions at all levels.’”