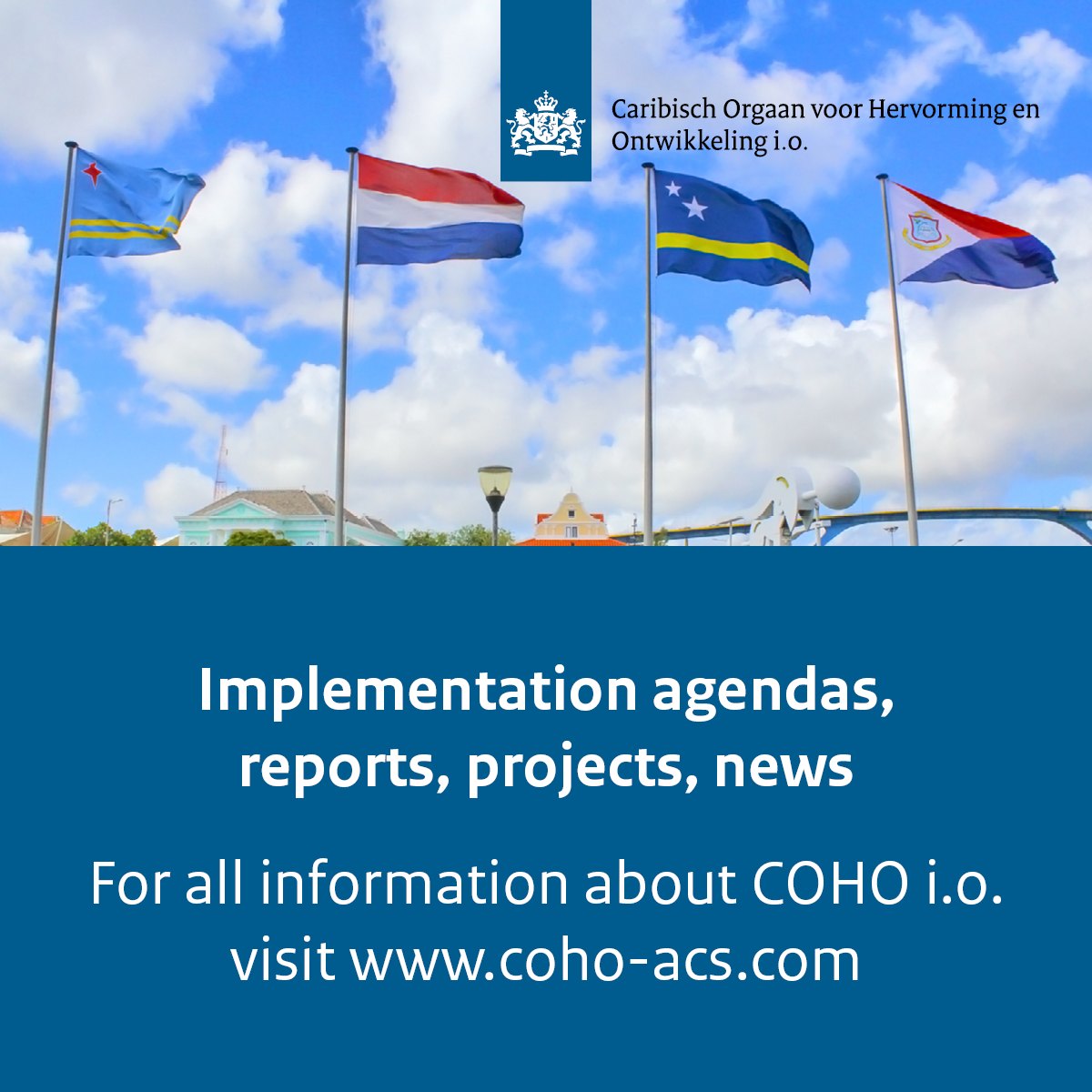 PHILIPSBURG–The Parliament of St. Maarten will submit its report on the proposed Consensus Kingdom Law on the Caribbean Body for Reform and Development COHO to the Second Chamber of the Dutch Parliament today, Friday.

A short synopsis of the handling of the COHO draft law in St. Maarten’s Parliament will be mentioned at the top of the report and all position papers will be added to the report, Chairperson of Parliament Grisha Heyliger-Marten said during a meeting of the Central Committee on Friday.

The Parliaments of the three Caribbean countries in the Kingdom have until today to submit their reports. Members of St. Maarten’s Parliament discussed the issue extensively during a meeting of the Central Committee of Parliament on Monday and briefly during another meeting held on Thursday. The questions and comments from Monday’s and Thursday’s meetings will be included in the report, which will be sent to the Second Chamber today.

During Thursday’s meeting, a few additional comments and questions were added by some MPs to the ones made on Monday.

National Alliance (NA) MP George Pantophlet said he does not see the need for a COHO. He said the matter has been discussed extensively and based on answers he received when he asked what is the difference between the COHO and what is being done currently, there is no difference and there is no need for a COHO.
NA MP Ludmila Duncan believes that there should be a local approach to the reforms, as most agree that reforms are necessary 12 years into St. Maarten’s new status in the Dutch Kingdom. She asked whether a local approach can be taken into consideration and whether an entity can be set up locally in St. Maarten to manage the reforms and provide subsidies and development aid to organisations, as opposed to the COHO as presented in the draft law.

She wanted to know how open the government of the Netherlands is as it relates to negotiating a new model for the reforms and management of any financing and asked whether a local approach cannot be taken and if not, why not.

United People’s (UP) party MP Sidharth “Cookie” Bijlani said he had followed closely the presentations made by the technical team of government, the Minister of General Affairs, the experts and at the Inter Parliamentary Kingdom Consultations IPKO. He shared some of his points of interest, one of which is the representation of the countries in the COHO.

He said the COHO will be the formal body to monitor the execution of the implementation agendas and, by doing so, will replace the current Temporary Work Group consisting currently of only Dutch civil servants.
“Based on Article 9 of the draft, the board of the COHO will consist of three persons. … At least two members of the COHO, including the Chairman, [should] have an affinity with the Caribbean part of the Kingdom, which further demonstrates being expert in the economy of the Caribbean countries and having experience with the culture, society and politics of the area.

“Furthermore, in Article 10 it is mentioned that the COHO will take a decision based on the majority. This is an unbalanced situation and creates a lack of representation of the countries in this institution,” said Bijlani.

“A more participatory board would be the proposal for the evaluation committee as mentioned in Article 33: namely, five members, one each from Aruba, Curaçao, St. Maarten and the Netherlands and jointly select the Chair, who must have affinity with the Caribbean part and must have expert knowledge of the economy of the Caribbean and experience with the culture, society and politics of the areas.”

He said also that based on Article 7, on the request of Parliaments, one or more members of the COHO will provide Parliament with an update on their functioning.

“Parliament should have the authority to either overrule the decision of the COHO or inform the state secretary of our concerns with the request for it to be discussed in the Kingdom Council of Ministers, and for sure make a note in the monitoring report, so this can be taken into consideration, when the evaluation as mentioned in Article 33, takes place.”

According to Bijlani, in the analysis of COHO, several possible pros are identified as to what makes COHO a viable body “to promote administrative reforms on St. Maarten, achieve sustainable public finances, and strengthen the resilience of its economy, including the rule of law necessary for this.”

He said that there are cons that should be kept in mind when considering whether COHO is the best strategy for promoting or implementing these reforms and to what extent is it likely to encroach on St. Maarten’s constitutional autonomous governing authority.

Chairperson of Parliament Grisha Heyliger-Marten also added a question during Thursday’s meeting to be included in the report.

In her opening remarks, Heyliger-Marten said Parliament had received the proposed kingdom law containing rules on the establishment of the COHO from the governor on February 11, 2022.

The draft consensus kingdom law states that the governments of the Netherlands, Aruba, Curaçao and St. Maarten, having the well-being of the populations of Aruba, Curaçao, and St. Maarten, would like to consider working together to implement reforms of administrative nature, achieving sustainable and public finances and strengthening the resilience of the economy of these countries.

She said for St. Maarten, various meetings of Parliament were held with experts who shared their expert opinions on the COHO. Subsequently each faction was requested to provide a position paper for their respective faction. During the IPKO of May 4-6, this proposed kingdom law was discussed, during which each country indicated its position on the proposed kingdom law. It was during this IPKO held in St. Maarten that agreement was reached that all Parliaments would submit their reports by May 20.

This report containing comments and remarks of the factions was made up and submitted to the Central Committee after the deliberations on May 16, to be approved. According to the Rules of Order, the report is approved by the Central Committee and sent to the chairperson of the Second Chamber for further handling.

Kingdom Law procedures
Articles 15 through 21 of the Kingdom Charter regulate certain parts of the kingdom law procedure. Based on these articles, the Parliaments are able and allowed to research the proposal and bring out a written report. This report is answered by the responsible minister, in this case, the state secretary.

The Parliaments of the three countries can choose to send one or more special delegates to the handling of the proposal who are allowed to be present and also give information. These special delegates can also propose amendments to the proposal of law and also submit motions; however, only the members of the Dutch Second Chamber are allowed to vote on these and on the law proposal.

Currently the report is being translated into the Dutch language by the secretariat and will be sent to the Second Chamber today, Friday.