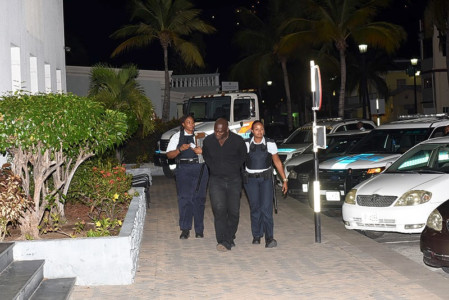 PHILIPSBURG–Police released Elisidro Richardo Wyatte (45) on Friday, after arresting him in the Cupecoy area Wednesday evening. Wyatte is a piano player at one of the restaurants near Starz casino.

His release was ordered by the Prosecutor’s Ofﬁce, which was in contact with authorities in the Dominican Republic.

In addition, the Prosecutor’s Ofﬁce and the St. Maarten Police Force, also based on information gathered from the authorities in the Dominican Republic, vehemently deny reports on the Internet/in the media that E.R.W. is suspected of sexual abuse against minors.”

According to the Interpol website, Wyatte was wanted by the Dominican Republic for “crimes against children.” The website did not specify those crimes. Wyatte has Dutch nationality.