DH | Motion to transfer management law enforcement to The Hague 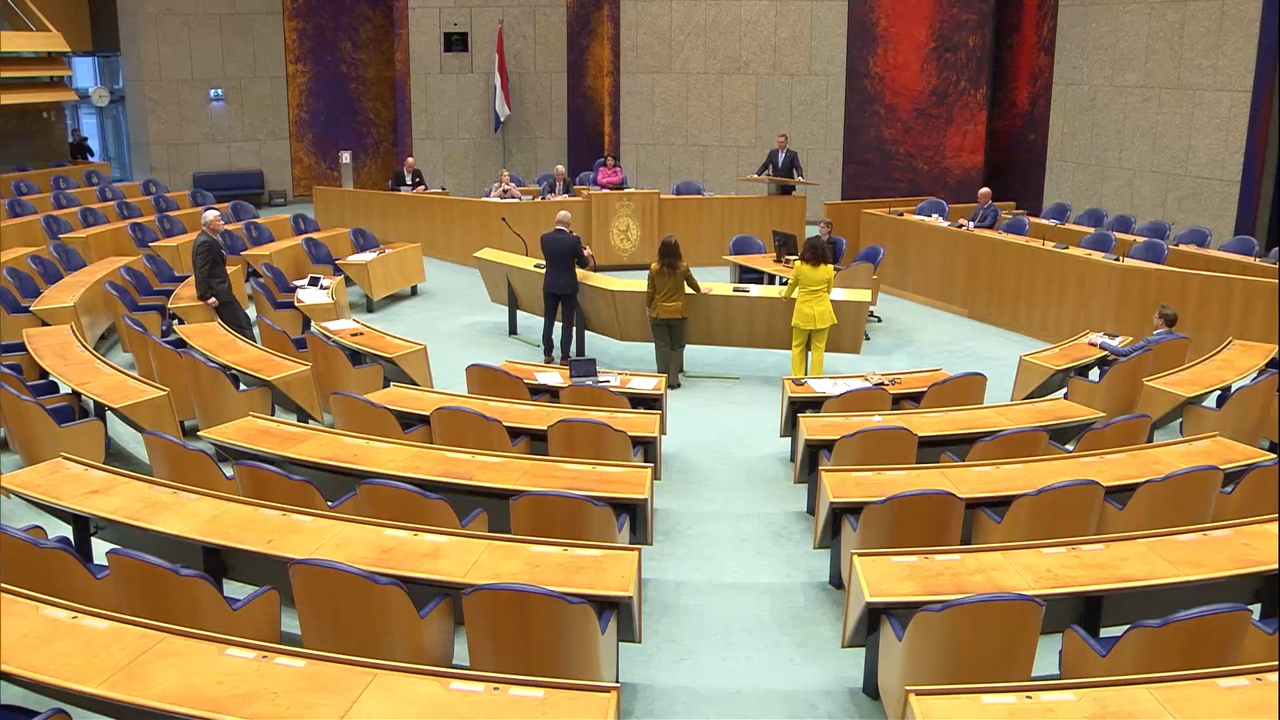 THE HAGUE–Separating management of and authority for of law enforcement in St. Maarten, and seeing if the Netherlands could take over this task for a period of five years to strengthen this sector, was the essence of a motion filed by Member of the Second Chamber of the Dutch Parliament Chris van Dam of the Christian Democratic Party CDA during the handling of the draft 2020 budget for Kingdom Relations in the Second Chamber last week Thursday.

The motion was co-signed by five other Members of Parliament (MPs): André Bosman of the liberal democratic VVD party, Ronald van Raak of the Socialist Party (SP), Nevin Özütok of the green left party Groen Links, Attje Kuiken of the Labour Party PvdA and Stieneke van der Graaf of the ChristianUnion. Together these parties represent 93 seats, which is a majority. The motion will be voted on today, Tuesday.

The motion requested that the Dutch government enter into consultations with the St. Maarten government about separating management of and authority for law enforcement, to see in what way the Netherlands could assume the management function for a period of five years.

During the handling of the budget in the plenary meeting, Van Dam mentioned his concerns about St. Maarten’s law enforcement several times. “At this moment, law enforcement in St. Maarten is my greatest concern in the relations within the Kingdom.”

Van Dam mentioned that many plans to strengthen law enforcement had not been realised because of a lack of funding and the many changes of government. He asked State Secretary of Home Affairs and Kingdom Relations Raymond Knops whether he would support his idea to see if law enforcement could be managed by the Netherlands for five years.

“Naturally, this would have to take place in consultation with St. Maarten. But it starts with the intention, also on this side of the ocean, to build organisations, to offer continuity and to realise the prison plans,” stated Van Dam.

Knops acknowledged that law enforcement was one of the most pressing issues of this moment, especially in St. Maarten. He said that in the past period the Netherlands and former St. Maarten Minister of Justice Cornelius de Weever had taken “steps forward” to ensure that investments took place in the entire justice sector.

“There is a long way to go, but I see progress and I hope that this will be continued. The justice sector cannot be built overnight. The Netherlands is assisting with this,” said Knops. St. Maarten cannot be forced into assistance: it needs to take place in consensus and St. Maarten has to accept that help.

Knops said Van Dam’s motion went against the principle of the division of responsibilities within the Kingdom and the autonomous position of St. Maarten as a country.

“De facto, this motion means restricting St. Maarten’s autonomy. Apart from the question whether I could have these discussions with the St. Maarten government or not, there is still the issue that assuming the task of law enforcement can only take place based on a consensus regulation,” he said.

Knops advised against the motion, also noting that the financial consequences of assuming responsibility for St. Maarten’s law enforcement were “totally unclear.” He said the motion was “not opportune,” especially considering the political situation in St. Maarten.

Van Dam submitted a second motion, not directed at government but at the Second Chamber, aimed at taking a position on the prospect of the January 2020 Inter-Parliamentary Consultation of the Kingdom IPKO. This motion too dealt with law and order, but of all three Dutch Caribbean countries. The motion stated that law and order should be a task of the Kingdom to ensure proper functioning of the individual countries and the Kingdom as a whole.

Knops said it was not up to him to have an opinion on this motion, as it was directed at the Parliament. “Maybe this is something to discuss at the IPKO.”