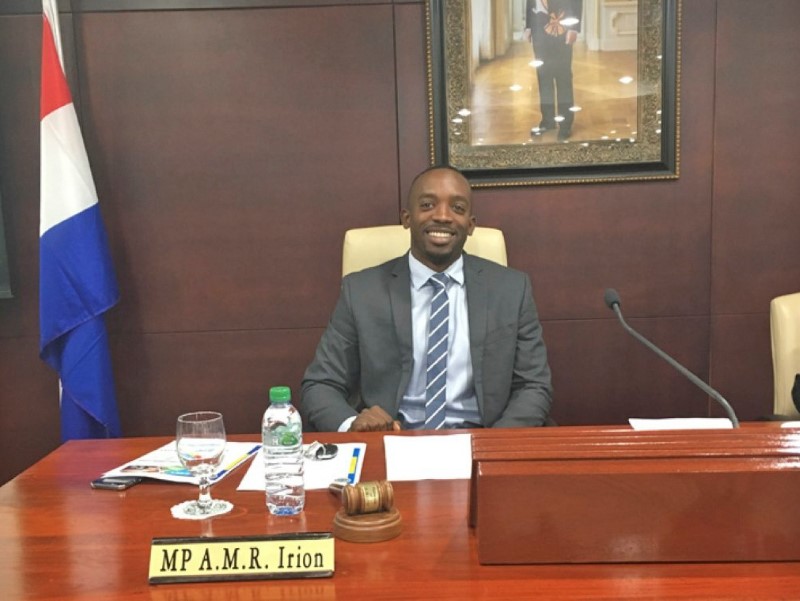 PHILIPSBURG–“All-in-all, we are on track with most of the conditions,” said Finance Minister Ardwell Irion during the live virtual Council of Ministers press briefing on Wednesday morning. He was referring to St. Maarten’s compliance with the Dutch conditions for liquidity support.

In May, the Netherlands issued St. Maarten an interest-free loan totalling NAf. 53 million. The Dutch government made NAf. 24 million immediately available to St. Maarten, with the remaining NAf. 29 million to be released in July once the country complied with several conditions. The deadline for compliance was initially set for July 1, but was pushed back to Wednesday.

These conditions included a 12.5 per cent reduction in civil servants’ total salary package, a 25 per cent reduction in the total salary benefits of ministers and Members of Parliament (MPs), increasing the general old age pension AOV from 62 to 65 years old, changes to the St. Maarten Stimulus and Relief Plan (SSRP), as well as prohibiting the combined salary and benefits of senior officials in the (semi) public sector from exceeding 130 per cent of the prime minister’s new reduced salary.

Regarding the SSRP, the Netherlands wanted an amended business payroll-support scheme with a 20 per cent salary cut for private-sector employees.

Irion said the government regulation mandating these changes to the SSRP was approved by the Council of Ministers on Tuesday and has since been sent to the Committee for Financial Supervision CFT and the scheme’s implementing agency, Social and Health Insurances SZV. He said the regulation also stipulated the public disclosure of the businesses receiving payroll support.

When asked if agreements had been reached with the country’s labour unions on the salary package reduction, many of which have protested the proposed reductions and offered counterproposals to government, Irion said, “We also made other cuts that the unions, in discussion, were okay with, which have been implemented. One was the lowering of overtime for certain departments and so forth. So, we have met the 12.5 per cent and 25 per cent calculations.”

According to Irion, some conditions have been given “extensions.”

“We have also had extensions on certain conditions in terms of when they [the Dutch government – Ed.] want to see the law in place. For example, the 130 per cent [Jacobs norm] … they want to see the calculation, then we [St. Maarten] have a timeline of two years to have the law implemented. So, there are extensions and there are timelines given for when they expect the laws to match these conditions, to be implemented and put in place,” he said.

Given these developments, Irion said the country should receive the remaining NAf. 29 million.
Bron: Daily Herald