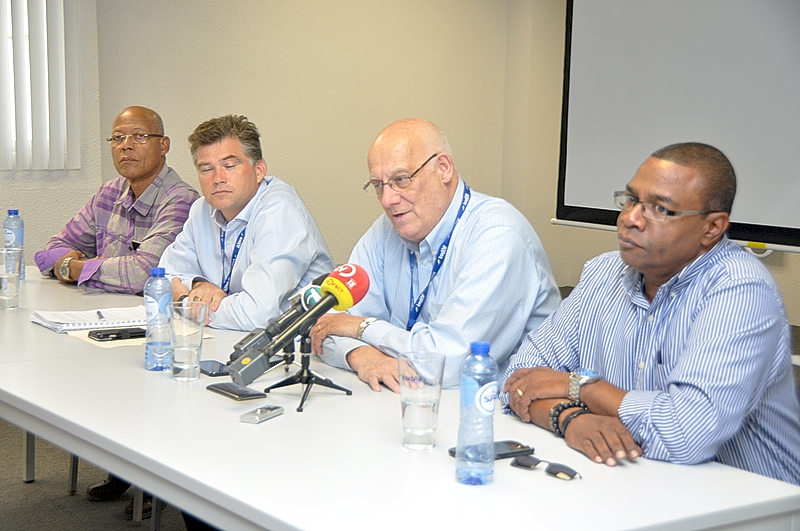 “In January, government gave us a capital injection of 33 million Antillean guilders. With this money, we also paid the salary of the employees, among other things.

“I believe that there is enough money to cover salaries for one to two months. After that, we will be in the position to continue paying on our own without the government’s help,” said Deputy CEO Juni Sluis.

As reported, the Dutch Caribbean airline came with a stabilisation plan more than two months ago, which entails that 200 workers would be laid off and that destinations would be limited to the ABC-Islands (Aruba, Bonaire and Curaçao) and St. Maarten.

Since then management also came with a development plan. “InselAir’s progress is going according to that plan. We are working hard on our new business plan and we are hoping to be able to present this in maybe one or two weeks.

“In this plan, there will give more clarity on the financial situation, including the payment of salaries.”

Sluis also reacted on the comments that dominated social media on the island. People were saying that the company was forcing its personnel to take a day off.

“That is not true. By law, you are not allowed to force anyone to take a day off. The only thing we did was give them the possibility to take May 26 off, thus creating a long weekend. May 25 [Ascension Day-Ed.] was already a day off,” he said.

This offer was especially for office staff. “Many of them made good use of the opportunity and enjoyed their long weekend.”