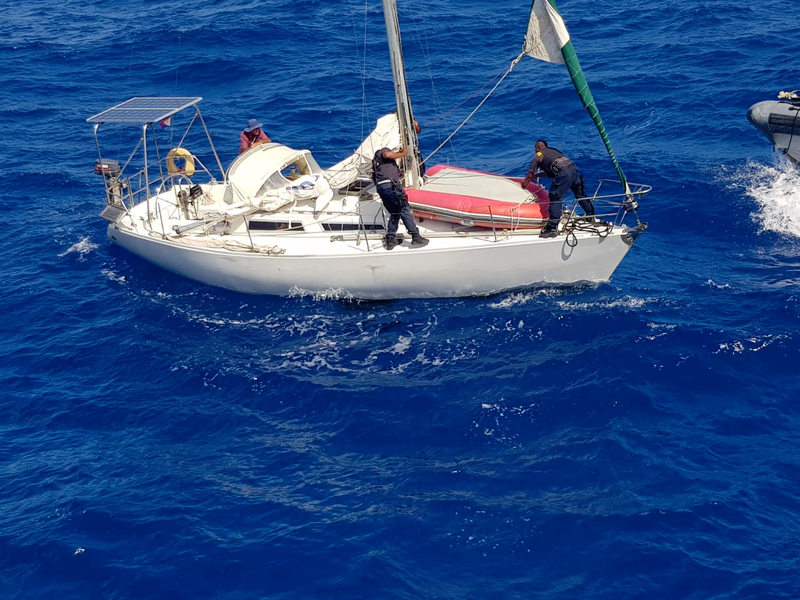 PHILIPSBURG–The Dutch Caribbean Coast Guard (DCCG) rescued a 74-year-old man who had been drifting at sea for four days, on Thursday, November 7.

The DCCG’s Rescue and Coordination Centre (RCC) received a notification from St. Kitts-Nevis authorities that a sailboat had drifted near Saba. The sailboat, Caribella was 32 miles south of the Saba Bank at the time and had a person on board. The captain had been drifting at sea for four days because his vessel ran out of gas.

DCCG cutter Poema departed St. Maarten and proceeded to the Saba Bank to assist the sailboat. On arrival, the Poema’s crew gave the captain food and water because he had run out of food during his four-day drift and looked exhausted, said DCCG in a press release.

The sailboat was initially moored in St. Eustatius, where the captain had indicated that he would continue sailing after resting.

However, after seeing the man’s condition, DCCG authorities decided to tow the sailboat to St. Maarten and advised the captain not to continue his journey.