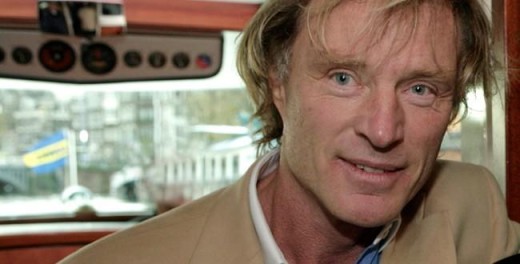 Ooh’s and aah’s clouded Curacao’s blue skies when 21 political parties registered in the Parliamentary elections scheduled for September. But what can be so negative about political exuberance amongst a population on a little Caribbean island state?

Are we afraid of diversity? The Roman Catholic role model of social organization may dictate a strict hierarchy with one dominant leader and a skillful group of highly trained executives who will make happen, whatever the dictator decides, but politics, also in Curacao, are fashioned after flat protestant parliaments without a pope; all get the same chance to lead.

Curacao has a democracy, without absolute values of morals and ethics like the Church; not the Church rules, but an elected autonomous Parliament. Laws and regulations exist by a majority vote of Parliament. In Curacao, members of Parliament do not like to work together; they do not like a compromise; reaching consensus is very slow, difficult and costly. For most politicians, there is only One Way, and that is their High Way.

The level of sophistication of island politics varies from clowns, who eagerly engage in carnivalesque popularity contestants but can hardly read or write, to highly educated political scientists, smart economists, and lawyers. They all claim to have a silver bullet that will make everything right again instantly.

But, beyond money for partying, for sun, sea, samba and sex, most politicians are unable to formulate clear objectives how to improve welfare and wellbeing of the population. A large part of the economy operates in the shadows, self-regulated and with a little need of government. The shadow economy is quickly set straight from time to time with muscle power, the power of the strongest, who is not necessarily the most righteous.

A few parties still carry the odor of old political doctrines of the past century: communism, socialism, capitalism, racism, apartheid or fascism. Others smell even worse, absolute religious faiths: Catholics, Protestants, Evangelicals, Jews and here and there even a lost radical Muslim.

A generation of new parties consists of a group of undetermined opportunists. These parties have but the very thinnest veil of any political doctrine, faith, or belief. They go for the best opportunity, whatever looks best, makes the most money, fills their own pockets and those of their cronies and makes their party members rally. Behind banners of a few flimsy and fickle populist slogans, members are marching as if it were Carnival.

There is nothing much wrong with such a setup, as long as elected politicians stay away from governing. Let them do their show and dance, let them be bombastic and bigger their life, If the public likes this kind of popular entertainment, then let the people have it. Curacao is tiny with a population of hardly 150,000 people.

Nothing would be easier than to hire professional administrators from anywhere in the world, and fire them when they do not perform. Why not have the best Commissioners of Education, Infrastructure, Security, etc. that money can hire, and at least be sure that matters are handled professionally, at arms length and with the necessary checks and balances?

Yes, you are right, it is a silly fleeting fantasy of the moment, and it would not work; politicians are even more hungry for power than show and dance. The politicians may understand it after all, but the bigger challenge is to make the public understand what integrity means.