CC | Call for independence by MPs 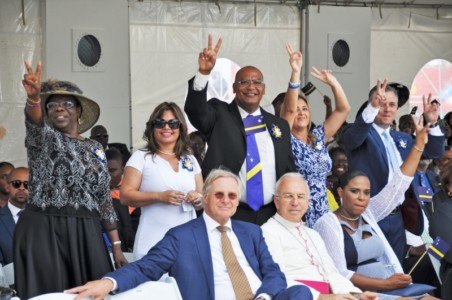 WILLEMSTAD – During the celebration of Dia di Bandera (Flag Day), Members of Parliament Jaime Cordoba for Pueblo Soberano (PS) and Charles Cooper (Independent MP) have both called for Curaçao’s independence from the Netherlands.

“We really want to be free,” said Cordoba in his speech during the solemn ceremony of parliament. According to the MP since the new constitutional changes of October 10, 2010, Curaçao has taken care of its own affairs. “Curaçao does not need the Netherlands.” The MP believes that it would be so much better to celebrate the Flag Day as a sovereign country.