View of the meeting 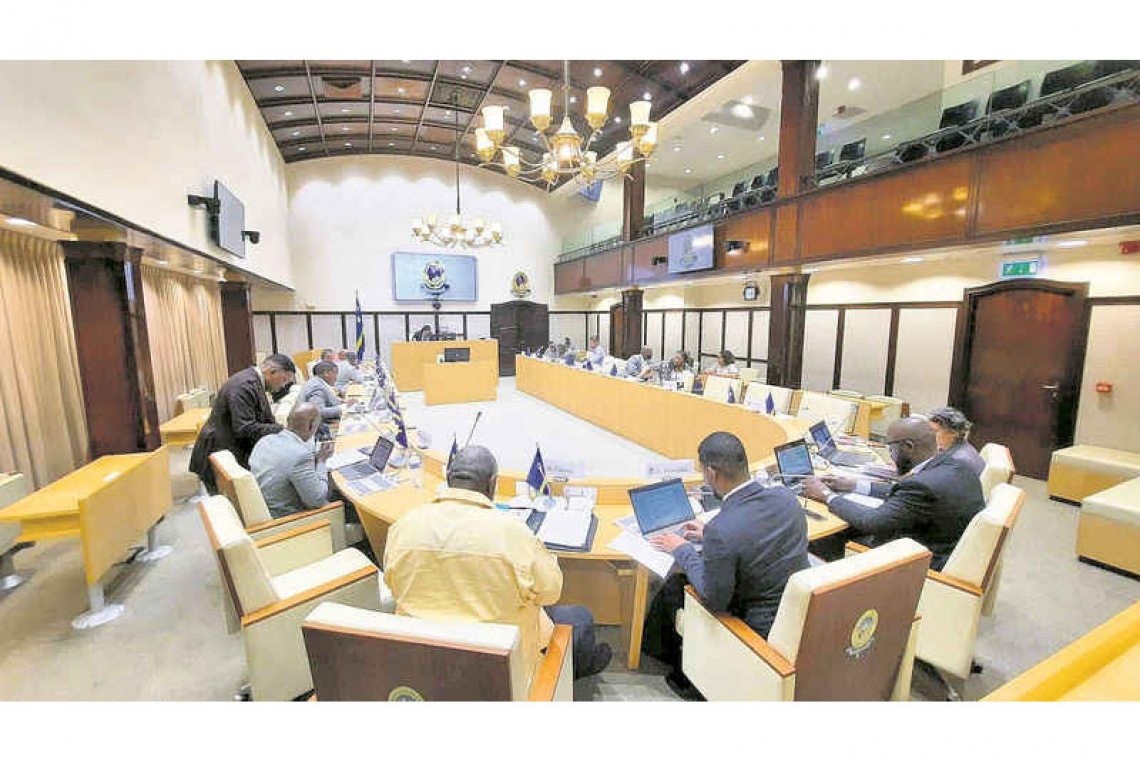 WILLEMSTAD–All 21 Curaçao Members of Parliament (MP) asked government in a motion to renegotiate tricky points in the consensus law to establish the Caribbean Body for Reform and Development COHO. For example, they believe that the Netherlands’ Minister of Home Affairs and Kingdom Relations has too much influence on the decision-making.

The unanimously adopted motion proposed by coalition partners MFK and PNP was complemented with input from the opposition parties. It and two others came after a long meeting with Prime Minister Gilmar Pisas (MFK). All 21 members signed and confirmed their vote in a head count, which MFK-faction leader Amerigo Thode called historic.

The document also states that there is no predefined framework for the financial investments necessary to ensure economic development on the island. Legislators feel empowered by comments from both the Council of State in The Hague and the Council of Advice in Willemstad.

According to them, several elements in the draft COHO bill affect the Dutch Caribbean country’s autonomy. In addition, the proposal is causing a lot of consternation in the local community.

Parliament referred to the constitutions of both Curaçao (Article 78) and the Netherlands (Article 84) for starting the renegotiation process. These articles have a similar meaning.

Intention is to discuss the matter further during this week’s Inter-Parliamentary Kingdom Consultation IPKO with the Netherlands, Aruba and St. Maarten, which is hosting the gathering. Until the bill has been approved by Dutch Parliament, it can still be amended.

A second motion opposed only by one-seat “Trabou pa Kòrsou” -in Dutch rather than Papiamentu- asked the First- and Second Chambers of Dutch Parliament to reconsider the current bill in connection with light of the expressed remaining concerns. A report each from the three legislatures of the so-called CAS (Curaçao, Aruba and St. Maarten) on the law proposal is supposed to reach The Hague by mid-May so it can be passed before the summer recess.

A third motion from one-seat “Kòrsou Esun Miho” (KEM) asked Parliament to support the letter Pisas had sent to Dutch State Secretary for Kingdom Relations Alexandra van Huffelen saying he no longer believed the COHO bill in its present form enjoyed broad enough support, despite having recently agreed to back it. Coalition partner PNP, which had not been informed of this move beforehand, voted against the motion, as did opposition party MAN.