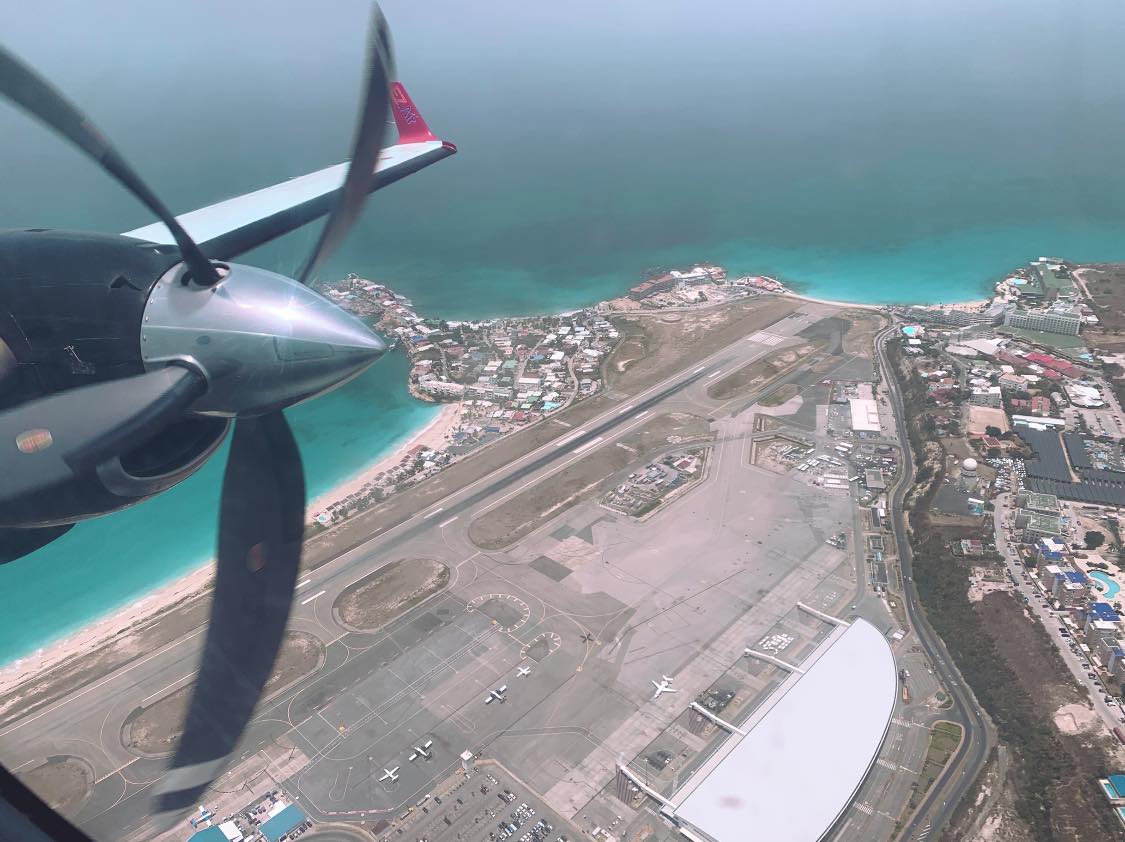 According to Mingo and SBOD Chairwoman Kamla Besancon, the information from the dossier presented to them by The Daily Herald is inaccurate and incomplete. They point out that as they are not in possession of the entire dossier they cannot judge all its contents.

This newspaper has received the dossier, which includes three bulky booklets of letters, emails, WhatsApp messages and contracts that paint a picture of questionable corporate governance and financial irregularities. This is the first article on its contents.

One of Hyman’s concerns is related to two apartment leases in Mingo’s name. In a letter to then-Vice-Chairwoman, now-Chairwoman of PJIA’s SBOD Kamla Besancon dated May 11, 2020, in which Hyman responded to a list of accusations by Mingo, Hyman referred to apartments at Simpson Bay Yacht Club (SBYC) and on the French side.

According to Hyman, both leases were unauthorised, as Mingo allegedly did not go through the required approval process for the acquisition, rental and leasing of immovable property.

“On July 26, 2019, the Chairman of the SBOD [the late Michel Hodge – Ed.] signed a letter approving the lease for an apartment in Simpson Bay Yacht Club. The reason(s) Mr. Mingo gave for the lease of the apartment is for the sole purpose for Ernst & Young executives to carry out their work. It is quite unclear who these executives are as the Royal Schiphol Group visitors stayed Simpson Bay Resort.

“As per AOI [PJIA’s articles of incorporation – Ed.], Article 9 (4)(d), the acquisition, rental and leasing of immovable property requires the SBOD’s prior approval. The question I would like to ask is the following. Is a single board member allowed to give authorization of signing off expenses? Are the other SBOD members aware that lease agreement was approved by Chairman via a letter and not a Board Regulation?

“Also, on August 28, 2019, during the SBOD meeting, Mr. Mingo indicated that he has the freedom to sign agreements without SBOD approval. But anything above NAf. 50,000 or leases for property, he must come to the SBOD. In other words, he acknowledges that he needs SBOD approval to sign leases, yet he obtained a single SBOD member’s approval for the apartment at Simpson Bay Yacht Club,” wrote Hyman in the letter.

Hyman also mentioned an apartment on the French side which Mingo rented for a monthly fee of 1,300 euros. According to Hyman, “the lease agreement and SBOD Resolution approving agreement is not on file and despite multiple requests for Mr. Mingo to provide a copy of both the lease agreement and the SBOD Resolution, he continues to say that the SBOD are aware of his actions. As per the AOI, article 9 (4)(d), the acquisition, rental and leasing of immovable property requires the SBOD’s prior approval.

“Is a managing board member allowed to sign without the required approval? Are the other SBOD members aware of the lease agreement? Also, no budget was allocated for this item,” wrote Hyman.

Another one of Hyman’s striking complaints pertains to an expensive limousine ride in New York. In defending his involvement in the quest for alternative funding for the airport’s recovery in an email to Mingo dated September 6, 2019, Hyman wrote that the point of him “being a bad model to follow regarding funding/finance” is “ludicrous, especially since you [Mingo – Ed.] spent US $2,500 on a limousine ride during your visit to New York for the bond holders meeting in March 2019.”

In an invited comment, Mingo told this newspaper the apartment leases are internal matters that were reviewed and have all been verified. He also claimed that “examples such as the description for US $2,500 for a limousine ride is incorrect and therefore not true.”

Mingo said he would rather focus on “the progress we [PJIA] are making in re-building the airport and completing this for the set target date of 2023.”

Chairwoman Besancon also believed the mentioned concerns to be incorrect. “The information that has been provided in the dossiers mentioned by you is inaccurate, incomplete and taken entirely out of context,” she told The Daily Herald.

She also went into the specific concerns mentioned in this article. About the apartment allegations, she said about the apartment on the French side that “remuneration packages, including housing for both Mr. Hyman and Mr. Mingo, have been looked at by the SBOD. Each of them has been informed of the SBOD’s views in that respect, but the SBOD will not publicly discuss details.”

As for the apartment at Simpson Bay Yacht Club, Besancon said that was a matter that happened before she was appointed to the board.

“For your information, I was appointed effective 1 July 2019 and the other current SBOD members effective 1 August 2019, so this allegation relates to something when I was not chairman. Where required, the SBOD has looked at and will look at whether there was a lack of corporate approvals, what the implications are of lack of corporate approvals and where necessary appropriate steps have been and will be taken. That applies to all managing directors for the period since Hurricane Irma,” Besancon said.

With regard to the limousine complaint, she said that “none of the current SBOD members were in office when this alleged expense was incurred. As indicated, all (including credit card) spending of all managing directors is subject of audit ordered by the SBOD.”

She emphasised again that the SBOD will not publicly discuss the details of any of the investigations or audits.

WILLEMSTAD - The waste tax is collected by the utility company Aqualectra by...
- Advertentie -

WILLEMSTAD - The Sea Turtle Conservation Curaçao rescued three sea turtles that were trapped in the sargassum weed on Wednesday. The animals regularly get into trouble because...
- Advertentie -