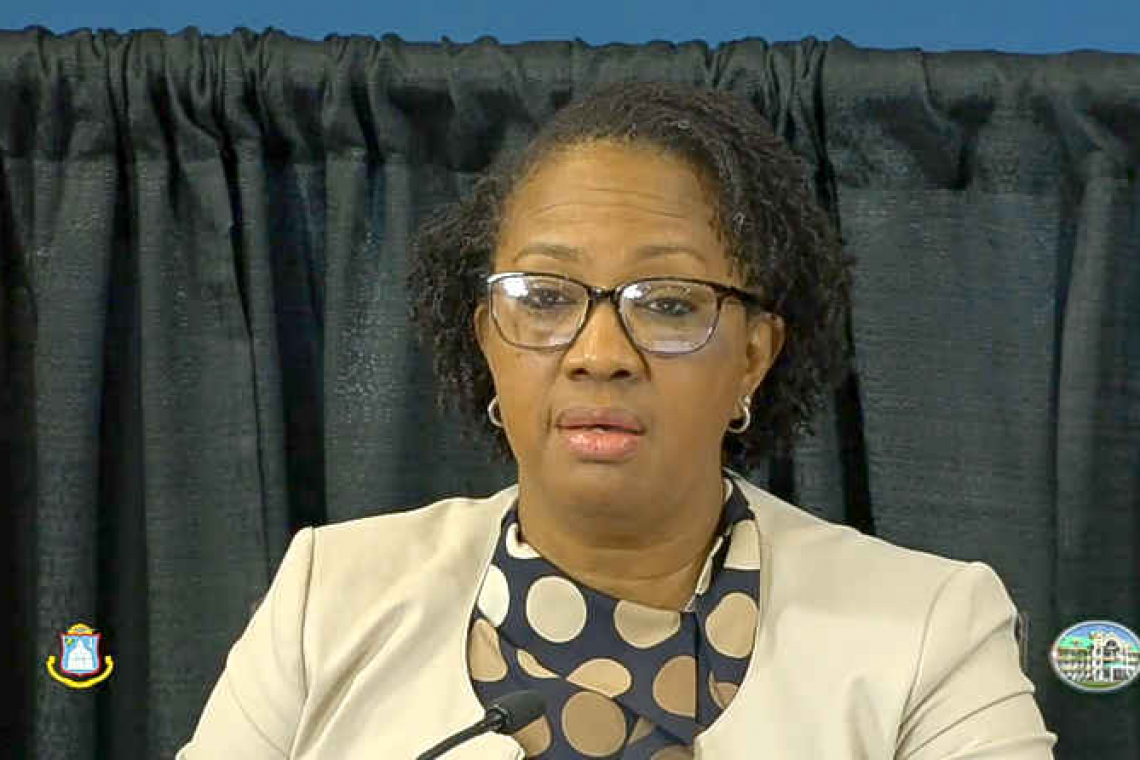 PHILIPSBURG–While it is not something to boast about, Prime Minister Silveria Jacobs believes the decision of the Constitutional Court is somewhat of a vindication for the efforts taken by government to keep the administration afloat in the midst of the COVID-19 pandemic.

On Monday, November 1, the Constitutional Court did not support the request filed by the Ombudsman of St. Maarten on April 26, concerning the three temporary national ordinances to cut the employment benefits of civil servants, (semi) public sector workers and political authorities. The three contested national ordinances were issued by the government of St. Maarten on July 1, 2020, and passed in Parliament on February 3. The Constitutional Court stated, that “the Court is “fully aware” that the measures laid down in the national ordinances are far-reaching and have “unexpected and serious consequences” for many. While no government would like to take such measures, the government and the Parliament of St. Maarten were in a major dilemma.

In reaction to the verdict, Jacobs told reporters on Wednesday that government did not act unconstitutionally when it implemented the cost-cutting measures. “These were decisions that had to be made under heavy duress with the goals of ensuring that we can maintain the government, and now with this court’s decision we can move forward knowing that it was the best that could have been done under the circumstances,” Jacobs said during the live Council of Ministers press briefing.

In a related written statement, she said to keep the country going, a lot of money was needed that simply was not there. That money could only be borrowed from the Netherlands under certain conditions – now detailed in the contested regulations. After all, in crisis situations such as the present, Parliament and the government have to act within the limits of their powers as laid down in the Constitution.

“We have done all that we could to avoid cutting into the basic salaries of civil servants, and instead we opted to reduce benefits. Our approach and our reasonable decision to seek as much as possible to maintain the buying power of our civil servants, and despite being a very difficult time for the entire country, as well as the rest of the world, has been vindicated to some extent. In addition, to improve St. Maarten’s financial position, other general cost-cutting measures were also implemented,” she said during the press briefing.

“I think that effort by St. Maarten to cut its expenditures was noted, notably with data usage, gas usage, etc., reducing travel, as well as redundancy pay for the political authorities, and we did, one time, implement the cut on the salaries of the elected and appointed officials. We continue to assess and address any ways to cut expenditures to be more effective and efficient. In fact, we had no choice when liquidity support was delayed for several months to really prioritise our payments and, of course, we are still making headway to catch up with that,” she told reporters

She said government aims to be much more effective and efficient, particularly in dealing with public funds in the current depressed economic period. “Even as we look forward to improved economic development for St. Maarten and pray and hope that, of course, these measures can be lifted as soon as economically feasible.”

Now that the verdict has been issued, government, as had promised earlier, is planning to meet with civil servants to update them. This will be followed up by meetings with the unions in the coming weeks.

“As has been strongly emphasised by the court, this government will continue to consider the human dimension, the individual persons who these laws affect when taking the decisions on the next steps forward,” Jacobs said.

PHILIPSBURG--A Dutch-based financial consortium which was interested in exploring the possibilities of refinancing...
Sint Maarten

THE HAGUE--A broad majority of the Second Chamber of the Dutch Parliament on...
SXM-Daily Herald

PHILIPSBURG--Grisha Heyliger-Marten will have to face a vote that will determine whether she...