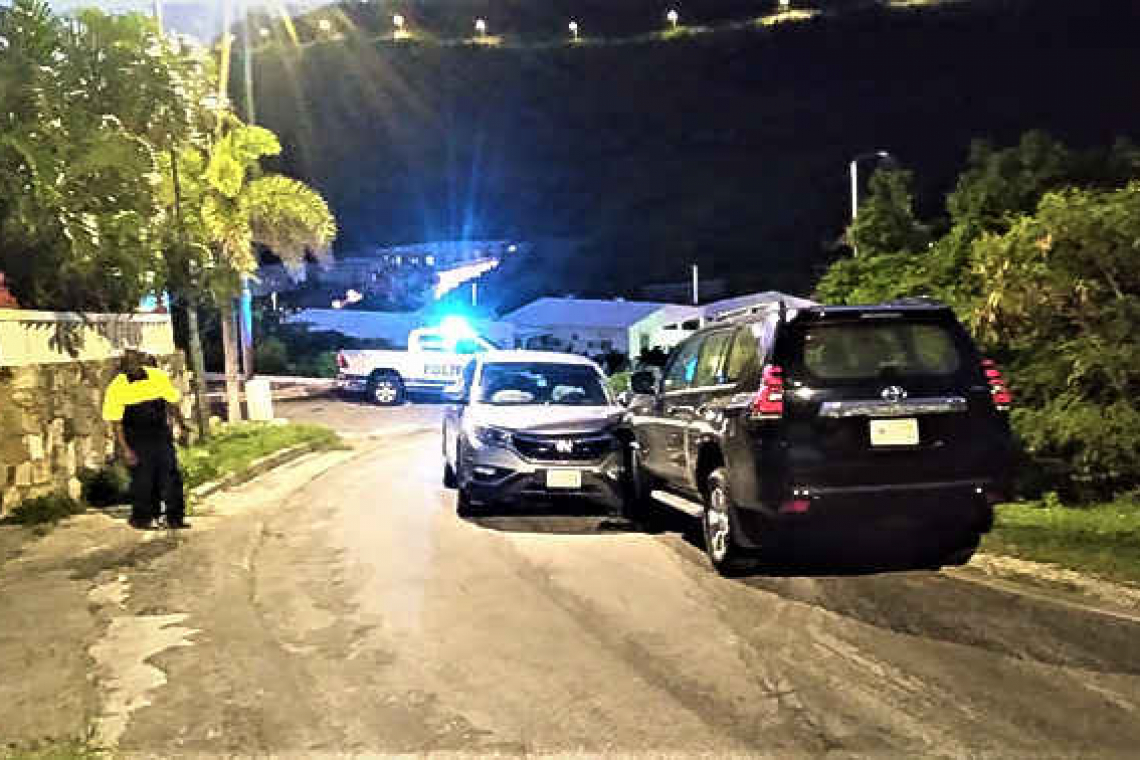 PHILIPSBURG–Governor of St. Maarten, Eugene B. Holiday was involved in a traffic accident on Sunday evening. While leaving Guana Bay around 6:00pm, the governor’s car collided with a car that was driving up hill.

The accident occurred on Guana Bay Road in the sharp bend at the foot of the hill. A man and woman, carrying a child in the car with them, were driving up the hill. The male driver must have cut the corner, given the position of his SUV in the middle of the road. The governor, coming down the hill, hit the car on the left front side.

The governor is unharmed, police spokesman Joe Josepha confirmed. “The driver of the gray SUV sustained minor injuries to his knee. The lady got a nosebleed. The child was very startled, but not injured.” An ambulance was at the scene to offer assistance.

Governor Holiday had just returned to the island from a working visit to the Netherlands as part of his farewell as Governor of St. Maarten. On Friday, State Secretary for Kingdom Relations Alexandra van Huffelen hosted a farewell reception for Governor Holiday in the St. Jacob church, better known as “Grote Kerk”, in The Hague. For his contribution and his accomplishments both as governor but also in other capacities, he received a royal decoration from King Willem-Alexander through State Secretary Van Huffelen. Governor Holiday is now Commander in the Order of Orange-Nassau.