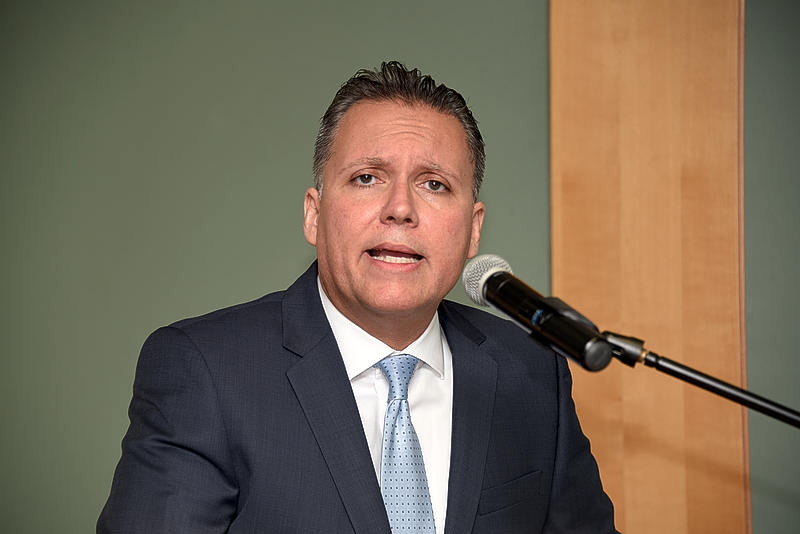 PHILIPSBURG–The Central Bank for Curaçao and St. Maarten (CBCS) decided to repeal the capital restriction effective January 1, 2022. This restriction was introduced on March 20, 2020, to limit possible capital flight after the outbreak of the COVID-19 pandemic and accompanying worldwide crisis.

The capital restriction, together with the substantial inflow of foreign exchange from the liquidity support by the Netherlands to Curaçao and St. Maarten and the lower imports resulting from the deep economic crisis caused by the pandemic, contributed to the maintenance of a solid foreign exchange position and import coverage in the monetary union.

“Because of this, the fixed peg of the guilder to the US dollar was safeguarded despite the unprecedented economic crisis,” said CBCS Executive Director José Jardim.

Based on the sound level and import coverage of the official reserves and the signs of recovery of the economies of Curaçao and St. Maarten, CBCS started to phase out the capital restriction as of October 1, 2021.

From that date, the granting of foreign exchange licences for transactions that result in an outflow of foreign exchange was resumed for amounts up to NAf. 300,000. In addition, special provisions became effective for foreign investments by pension funds and insurance companies and the distribution of dividends and profits to non-residents.