Euronews | Venezuela refugee crisis: ‘we are beginning to see outbreaks of xenophobia 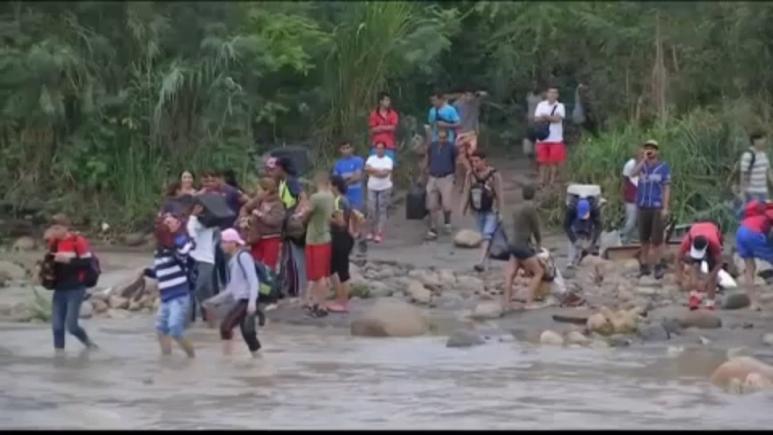 Social stability in Latin America is at risk under the pressure of Venezuelan refugees.

More than 4 and a half million people have left the country and the flow continues to grow dramatically as the political crisis has not been solved.

Neighboring countries are increasingly having problems to deal with the situation.

Colombia is the country that has received the most refugees, one million four hundred thousand, followed by Peru, Chile, Ecuador and Brazil.

Under the impulse of the European Union, Brussels has hosted an international conference to gather support.

In hosting countries, social services are under pressure. And as explained by United Nations, problems are starting to show up.

“Now they find themselves with many hospitals, many schools that are receiving a very large number of Venezuelans in need of attention. They are increasingly in need and that this is starting to create tensions between communities. For the first time we are beginning to see outbreaks of rejection and xenophobia that are very worrying,” William Spindler, UNHCR, the UN refugee agency told our reporter.

At the beginning of next year, the EU will hold a donor conference to help the countries dealing with this exodus, the second most important in the world after the Syrian one.

A first package of aid of 120 million euros has been already been promised this week.