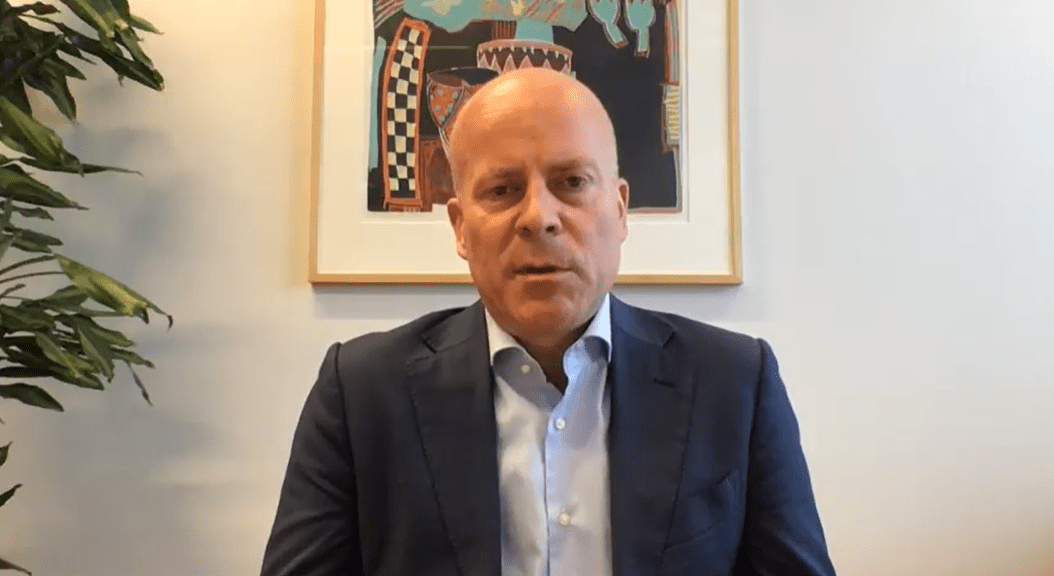 The two St. Maarten ministers wished to discuss the capital investment funds approved by the Dutch government last year that have yet to be paid to the country | Persbureau Curacao

PHILIPSBURG–Prime Minister Silveria Jacobs says she and Finance Minister Ardwell Irion were stunned when Dutch State Secretary of Home Affairs and Kingdom Relations Raymond Knops “abruptly ended” his live stream during a virtual meeting on Tuesday about the conditions for Dutch financial support to St. Maarten.

According to Jacobs, the meeting went sour after she and Irion brought up an agenda point that Knops “immediately disregarded.” The two St. Maarten ministers wished to discuss the capital investment funds approved by the Dutch government last year that have yet to be paid to the country, she said.

“It [the funds – Ed.] is approved, CFT [Committee for Financial Supervision] approved it since 2019 and to date nothing. And these funds are very, very important for our rebuilding, especially where it pertains to the prison,” said Jacobs.

She said Knops had rejected the agenda point as “irrelevant to discussion” and then sent “several falsehoods … our way as St. Maarten.”

Jacobs said Knops accused government of “being uncooperative” with the St. Maarten Trust Fund Steering Committee. She also said he implied that communication with her cabinet is “difficult.”

She says this characterisation is untrue. She said she has met with World Bank Country Director Tahseen Sayed, the National Recovery Program Bureau (NRPB), and the country’s representative on the St. Maarten Trust Fund Steering Committee, Marcel Gumbs.

“The State Secretary [Knops], I believe, and my colleague I believe can concur, did not have all the necessary information and behaved in a very unbecoming manner, that as kingdom partners we were very much taken aback.

“I believe as kingdom partners we should treat each other with mutual respect and that certainly did not happen during this meeting. …

“To be told that you are being uncooperative in such a manner was definitely a slap in the face to the people of St. Maarten who have done everything, and I mean everything, to live up to the conditions set on us,” said Jacobs during the live virtual Council of Ministers press briefing on Wednesday morning.

“I see that we are not seen as equal partners within this kingdom. I also believe that when it comes to respect, that the respect given to us, especially our Prime Minister [Jacobs], was definitely not there yesterday [Tuesday], as we had the State Secretary Knops, and this is my opinion, that spoke to our Prime Minister in a condescending [way],” said Irion about the meeting.

He lamented that the meeting had not been recorded so Knops’ behaviour could be evaluated by other kingdom partners. He even suggested that this should be a requirement for virtual government meetings in the future.

“From the beginning, the convening notices for the meetings have not been decent. We received the agenda items too late and without underlying documents or further explanation, even after repeated requests,” said Jacobs in a press release on Wednesday night.

She said she had sent a letter to Dutch Prime Minister Mark Rutte about the meeting, which she said was copied to Dutch Minister of Home Affairs and Kingdom Relations Kajsa Ollongren.

“I remain ready to continue the conversations with an equal mediator who is open to discussion in a decent manner and who shows respect in the event of disagreements,” concluded Jacobs.
Bron: Daily Herald