Five weeks after the federal government demanded KPMG maintain all records in an ongoing tax investigation, a group of offshore shell companies set up by the accounting giant held an “extraordinary” meeting and voted to destroy documents related to the probe, an investigation by CBC’s The Fifth Estate and Radio-Canada’s Enquête has learned.

The Department of Justice sent KPMG a “Notice to Preserve Documents” on Oct. 18, 2012, as part of a federal probe into allegations the firm and several of its wealthy clients were involved in a massive tax dodge that had “intended to deceive” the Canadian treasury.

On Nov. 26, 2012, four Isle of Man shell companies caught up in the Canada Revenue Agency probe passed a resolution that “books, documents and all papers” be “destroyed,” according to records in the Isle of Man obtained by CBC/Radio-Canada.

The DOJ notice did not specifically mention maintaining records outside of Canada.

Retired RCMP investigator Jeff Filliter said it is unclear what legal weight a DOJ letter might have in this instance. “The difficulty here is that you are dealing with two distinctly different and separate jurisdictions,” he said.

“It’s a grey area for enforcement,” said Jeffrey Kaufman, a Toronto-based lawyer consulted by The Fifth Estate. “You’re dealing with a jurisdiction that may not co-operate, and people hide behind that.”

Kaufman also said KPMG may have no legal obligation to tell the Isle of Man companies about the Justice Department request to preserve documents. “All KPMG is required to do is to comply with laws in Canada and act in the best interests of their clients.”

In a statement to The Fifth Estate, KPMG said it “understands and has complied with its obligations in terms of preserving documents.”

The statement added the Isle of Man companies in question are not owned by KPMG, and nobody at the firm “was asked about destroying documents” or “counselled such destruction.”

And Paul Dougherty, the Isle of Man lawyer who advised KPMG from the beginning, was a director of all four companies. He was also, for more than a decade, a director of an additional 23 shell companies linked to the KPMG tax dodge.

Records show that most of the KPMG-linked shell companies involved in the offshore scheme began dissolving one by one after the CRA launched its probe in 2012.

Plantation Island, Sandy Point, First Land and General Island all began the process of liquidating in October 2012 with the assistance of accountancy firm Greystone LLC.

That’s when Dougherty flew to Hong Kong and met with another director of the companies, Canadian tax accountant John Lee, who began his career at KPMG in Toronto and Vancouver. In 1994, he moved to the firm’s Hong Kong office. Lee became a director of the Isle of Man companies in the fall of 2010, shortly after leaving KPMG. 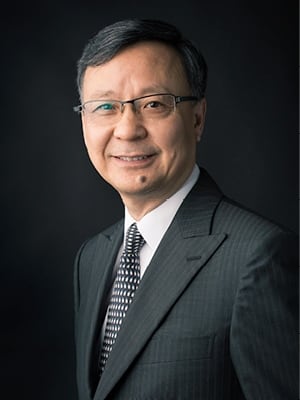 Canadian tax accountant John Lee, who spent 35 years at KPMG, was later a director of four Isle of Man shell companies set up by KPMG in a tax scheme now being investigated by the Canada Revenue Agency (Shanda Group)

At an office in Melbourne Plaza in Hong Kong on Oct. 18, 2012, the two signed documents finalizing the shutting down of the companies. Documents show the assets of the companies were to be divided among the shareholders and “eligible persons.”

There was a final meeting on the Isle of Man on Nov. 26, at the Greystone offices at 18 Athol Street in Douglas, the island’s capital.

That’s when the shell companies passed their “extraordinary resolution” stating that after three months “the books, documents, and all papers of the company and of the liquidator” be “destroyed by the liquidator.”

A woman who answered the phone at Dougherty’s house in Douglas said he was retired and unable to come to the phone for comment. Lee did not respond to an email or a phone message.

Their name adorns the Chan Centre for the Performing Arts at the University of British Columbia, where they both received honorary doctorates in 1990. They also own a series of golf courses throughout southern B.C. Their estimated net worth has been pegged at $1.08 billion by Canadian Business magazine. 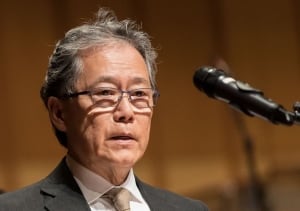 B.C. developer and philanthropist Tom Chan was a director of First Land Limited and General Island Limited, two of the Isle of Man shell companies linked to the probe. (Paul Joseph/UBC)

“Any allegation or implication to the contrary is false and defamatory,” he wrote.

Reid also says the companies decided to dissolve long before any CRA probe was launched, for “administrative” reasons.

After being provided a copy of the destruction orders, Reid said KPMG did not inform his clients about the DOJ letter or the earlier CRA warning in June 2012 to preserve records.

Had they been aware, the companies’ representatives would not have passed the resolutions as worded, Reid said.

Reid also said “countless documents” were maintained, including all records that were required to be preserved. He sent The Fifth Estate several examples of records he says were maintained by the liquidator.

‘At no time’ did Chan family benefit

Reid said his clients’ Isle of Man shell companies were used for charitable giving only — on advice from KPMG. He said his clients cannot provide details as they are currently under audit by the CRA.

“At no time were any funds from the Isle of Man companies withdrawn or gifted to Chan family members,” Reid said.

Reid said the rules around Canadian charities “highly restricted” his clients’ ability to fund or carry on charitable endeavours outside of Canada.

“Accordingly, the Isle of Man company structure suggested by senior advisers at KPMG was chosen in order to facilitate international philanthropy.” 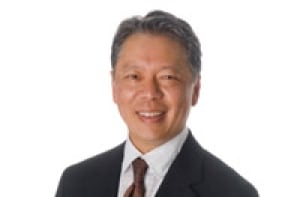 A lawyer for Tom Chan and his brother Caleb, pictured, said the Isle of Man shell companies were used for international philanthropy only. (UBC Properties Trust)

Reid said donations went to such charities as Oxfam Hong Kong, World Vision Hong Kong, the University of Hong Kong and Little Sisters of the Poor.

The Isle of Man documents also show that the Chan brothers, who live in Canada, listed their home address as being in Hong Kong — even after the building at that address was demolished.

The federal Department of Justice said it cannot comment on specific cases.

The Isle of Man’s 2010 Proceeds of Crime (Money Laundering) Code states that certain records must be kept for at least five years, including “all transactions carried out in the course of relevant business, including identification data, account files and business correspondence records.”

A federal inquiry into the KPMG Isle of Man tax dodge was abruptly halted in June 2016.